Don't become an accidental Twitter "stalker": watch the follower-following counts; Facebook seems a little "safer" in this regard 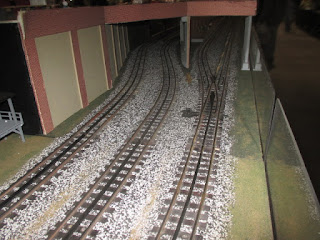 I had not paid a lot of attention to the numbers aspects of social media circles, but it seems as though I probably should have.  The concepts of “friend” and “follower” vary on different platforms, and it’s well to understand these in order to attract a “quality” audience and not unnecessarily antagonize individual people you (or “I”) may want to work with in the future.

Twitter is the “culprit” first. There is a lot written about ratios between followers and people “you” follow.  As the number of either increases into the hundreds, it is viewed as desirable that the ratio approach 1.    My number of followers right now is 306, so it is considered a good idea to keep the “followers to following” ratio at least 0.75.  Over time, as both numbers grow, the ratio should increase. A typical reference is here.

There is also literature that maintains that the total number of tweets should not be more than 10 times the number of followers I’m over the top on this one, like a prattling chatterbox.

There’s an obvious question on the quality of followers.  After I posted a new index to my own books (purchase link) on one of my Wordpress pages (I had a crude one on a legacy site) my twitter follower count quickly jumped, but many of them were self-published authors (OK in itself) pushing their own books (often horror), and some were commercial self-publishing services.  A few were services promising to deliver more twitter or Instagram followers (against TOS).  So I look askance at placing too much importance in ratios, as they can lead to “follower inflation”.

In the world of "tweeps", there is an issue with people who have many more followers than they follow. Let’s back up a bit.  There are claims that if you follow someone who does not follow you back quickly, you are stalking the person. (That does not apply to twitter sites for companies or organizations, just individuals).  Here’s an example.  Of course, attractive young females may attract “stalkers”, but young “intermediate level” celebrities – often young men in the arts (music), or movies (acting, directing), who have a lot of fans but who are not yet “Trump-rich” and can’t afford a gated life, and who really have to earn a living every year on what they do, can run into an issue.

Then the problem is the amateur, maybe talented, or promising but even less established (maybe older and less “lucky” in this world of existential inequality), who follows the person.  The person occasionally sends what seem like constructive, supportive “replies” or “mentions” to the person, completely appropriate in tone according to normal social decorum.  Suddenly, one day, the person is blocked.  (There seem to be same automated tools around to do the blocking; on June 15 I referenced an EFF article on shared blocklists -- which could maybe morph to Trumo-like blacklists.)  Why?  It’s probably the math.  If someone has 20000 followers and follows only 200 himself, he just doesn’t have time to process all the hopeful replies.  “Your” 5 messages over a month would be 100,000 if “everybody does it”.  I found an article that may give some sense of how this plays out, here.

So the moral of a situation like this, is don’t take undue advantage of twitter’s permissive structure.  (Read Twitter’s TOS if you like, but they allow huge numbers of followers and are rather vague beyond the obvious, although Twitter itself talks about “attention-getting” behaviors.)  You probably wouldn’t call the person or text them, so unsolicited reply tweets (that get rebroadcast to all the person’s followers), that Twitter seems to encourage, may come across as a socially unwelcome way to get around normal “barriers to entry” into real world social circles.  It’s better to be very discrete in replying to tweets of people who don’t follow you back, especially if they have very large numbers of followers themselves.  (It’s interesting and more ambiguous if the person sometimes does reply constructively or favorite a tweet but still doesn’t follow you, because you would have to make a good impression to deserve a reply out of so many followers; another possibility is that other followers have replied to or favorites your replies, which may not be welcome by the person.)  No, this isn’t quite the same thing as robocalling, spam, or real-world stalking, but it may come to be perceived as rude given the way Twitter works.

“Intermediate” celebrities should also consider setting up protected twitter accounts, where every follower has to be approved, at least for very personal tweets intended only for family members or a closed circle of friends.  You can have more than one account (one public and one private), although each one needs a separate email address – and reply only in the private one.  And no, don’t set up a second account just to get around someone else’s block.

Remember, once you follow a lot of accounts, the probability of seeing one from a "quality" account that really interests you any time you check Twitter is low.  You have to keep in mind the best ten to twenty accounts you follow and check them manually from time to time.  Public accounts, even if blocked, can be viewed online from Google searches when not logged in to Twitter.

I’ll bypass Instagram (because I have done very little on it – as much as some sales people like it) and get to Facebook, where it isn’t as easy to “cheat” for “attention” as it is on Twitter.  You have to invite someone to be your Friend, or be invited.  (I rarely invite people, because I don’t like to create the need to make a “decision” that could seem irrevocable – so you can see why the Twitter issue about gets tempting.) But you can make a Facebook page (which it appears you are supposed to do anyway if you want to represent your business rather than yourself, if I understand their rules correctly), which can have followers.  Facebook pages have the advantage of allowing more text per post and expanding links and videos (compared to Twitter) and seem to attract higher-quality (if fewer) followers and comments.  You can “ban” specific people from commenting or “Likes”, etc., but not from viewing.  However, in some cases, it is possible for well-intended but "talky" comments to seem disruptive to Facebook-page owners because the pages don't remain conveniently viewed in most other followers' news feeds except for one refresh.

Also, remember that a "reply" on Twitter is not as "innocuous" as a comment on a Facebook page because the reply will break into the feeds of all the other person's followers, possibly unwelcome in some circumstances. This is a fundamental disadvantage of Twitter as a platform.

One other aspect of all this needs to be mentioned: "celebrities" do work with agents, who get paid to work with the public for them.  There was a situation recently where I was asked to contact a couple of them to promote a screening of a particular film by a PR person, in social media.  I did so, but I won't again.  It could seem flirty or spammy for me to do so.  Public Relations persons should do their jobs.  Legitimate contacts are usually listed on databases like imdb.

I’ll mention a rather heavy-handed Wordpress article by John Smart, “The Internet of Families, Private Facebooks and Global Family Adoption – the Powerful and Intimate Future of Groupnets”, link here.  I personally find this expectation of such openness to intimacy unwelcome, but I can see that this is another example of the “upward affiliation paradox”.  I’ll come back to this later 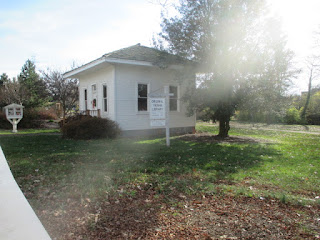 I note that Twitter now reports "Analytics":  total impressions and "engagement" over various time periods on your profile.  And, counter to more recent standards of expected courtesy, tweets to specific people and replies tend to score higher often, if the people are moderately popular.  This could be an emerging issue/


It's also likely that use of "@reply" gets more new followers, and helps one build his own Twitter numbers into balance. Nevertheless, some "midlist" (I don't mean to be derogatory) celebrities on Twitter don't like to see other beginners leverage them this way and view it as rude.  Maybe Twitter can design some more ways to deal with this.
Posted by Bill Boushka at 8:33 AM