"Rightsizing": yes, that word has been applied to me 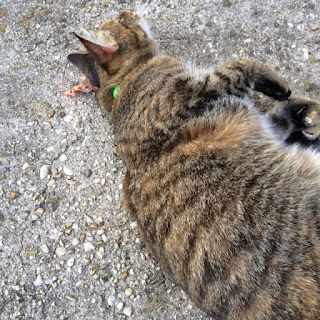 One cloudy afternoon in late October, I found a tabby cat had come into my garage.  She followed me outside to the driveway, and became very vocal, in a way normally expected with an owner.  She even had a collar.  She might have been in estrus, but I think this was something deeper.  She was pregnant, and wanted to find a home or garage to have and nurse her babies.  Somehow she knew this would not be welcome back home. She seemed to be “trusting” me.

I understand she may have finally had the litter in a neighbor’s yard.  But I thought this encapsulated another idea:  I didn’t have my own children, but I can be “conscripted” to take care of OPC, other people’s children, or the elderly, or disadvantaged, whether human or not.  Yes, that has moral implications.

I’ve had a few other encounters with “wild” animals.  One time a female cardinal got trapped in the garage.  I let her out.  Since then, she sometimes watches from the porch when I go out.  On the day of Hurricane Sandy in 2012, a crow chased me indoors twice when I tried to go out just before the storm came.  The storm was not nearly as severe at my location as had been expected.  But animals seem to notice dangers like this and the people in their domains exposed to them.   Once in Shenandoah, I encountered a mother black bear and her cub.  Nothing happened, as I stayed back and let them stay together. 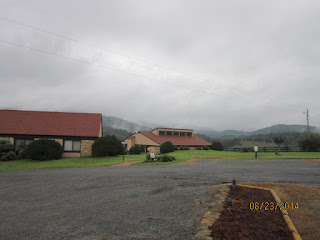 Yesterday, some PBS stations broadcast the final episode of David Eagleman’s “The Brain”, where the host explored the possibility of moving human consciousness to non-biological platforms, to achieve immortality.  Nevertheless, if you visit the Monroe Institute, south of Charlottesville VA, you encounter a whole thought system that claims to provide evidence of the soul’s survival as part of a “family” after passing, to prepare for another incarnation (which might be on a different planet).  Rosicrucian thinking seems similar, and may allow for soul identities to become distributed or combined (as in some of H. Spencer Lewis's writings).  If you look at the whole of contemporary modern physics (cosmology, and quantum mechanics), it seems as though consciousness is a component of the universe (or multi-verse) that cannot be destroyed any more than energy (equals matter) can.  Indeed, having been a live and possessing free will, it’s hard to conceive of not existing, and I believe I will “know” when I’m gone.  (How this observation affects animals, from carnivores up, especially cetaceans, is a good question; my feline solicitor certainly could “think” and communicate.) The tendency for the universe is to reproduce consciousness, leading up to free will, where it can, to oppose entropy.  A biological platform is the only one we know to do this.  If may well be that only one in a million stars can provide a planet that can support life like ours, a low yield.  But if consciousness reproduces, the time span of the universe could be infinite, and we could be early arrivals (13 billion years is not a lot when compared to trillions in the future).  But Eagleman’s show suggests there could be other, even “simpler” models for reproducing consciousness in the universe.

All of this, of course, brings up religion and faith.  In particular, I don’t relate very well to the profuse emotion often seen with much religious practice, especially Pentecostal Christianity.  I can’t “turn myself all over to the Lord” or believe something in scripture just because someone in authority tells me to, or even expect a God to intervene in my life in such a personal way.  Science may well support the idea of intelligent design, but it also informs us that nature is normally impersonal, even a but random, in how it works.  Luck matters.  Because conscious beings have unequal circumstance and genetic endowment, moral tension arises.  There is natural and unavoidable tension between freedom and individuality (and innovation that benefits others), and equality and stability.  Because no one person can be morally perfect (as perfection itself requires a contradiction, or violation of quantum physics), everyone “sins” so the need for purposeful intervention may rarely happen.  So, yes, the miraculous narratives of Abraham, Moses, Jesus Christ, Muhammad, and even Joseph Smith, can make sense even in physics, but they are infrequent. So events that make faith personal, however rare, may happen, and when they do, they add irony to a life’s narrative.

I write this post to cover the idea of external pressure, perhaps symbolized by the feline quest the other day, or perhaps by my long period of eldercare from 2003-2010, which is not something I had the right to choose or “unchoose”.  Those of us who are “different” and who sometimes fantasize seeing ourselves as “special” often face a lot of pressure from others to go along with the “common good” of the group, even to the point of giving up part or all of our personal objectives, which sometimes are seen as so much fantasy.  Sometimes the pressure comes from local and personal bullying or ridicule or ostracism. Or it may come from government (hence the increasing appeal of libertarianism until 9/11).  It may come from nature, in terms of sustainability concerns (like climate change).  Or, as we have seen in the past week especially, from determined enemies who will declare war against us. 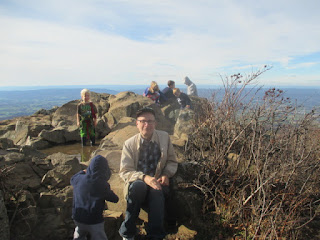 Generally, the external pressure comes from the idea that someone “like me” is beholden to others and dependent on others, and therefore owes it back to do what others say. "Karma" seems like an applicable term, or call it "character assessment".  In the earliest part of my life, a lot of this had to do with fidelity to gender roles – an inherited or conscripted obligation as a young male to be prepared (and suitably fungible) to protect women and children for the good of family and community. It could become a moral matter because, as we saw with the military draft and deferment system, if I “got out of it”, someone else would be more exposed to the sacrifice.  But if it is a moral matter it is a very different matter than “personal responsibility” going along with adult choices.  But that obligation morphed into the idea that having children and family was a moral responsibility to one’s parents (I was an only child), which made homosexuality a proxy for many other “moral” issues in my coming of age. 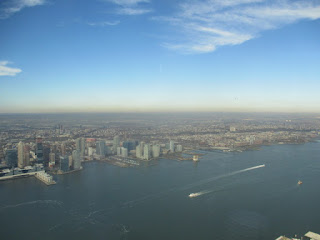 Indeed, had I “spent more” on practical skills, at the sacrifice to my own gifts (music, bookishness), I probably would have felt differently about women and been more interested in having children, or accepting the idea that I should function as a parent to them (like the cat’s).

Later in life, as “gay rights” became more credible, I found a shift in emphasis.  Now people were concerned that I “cherry picked” whom I wanted to associate with (don’t we all?) and didn’t focus on the needier members of the group, or identify with the real needs of the group.  Again, practical skills mattered, but they could be more “feminine” in nature.

Then, once I moved into self-publishing, the concerns morphed again.  People would complain that they can’t make money if I can give away material for free and don’t try harder to “sell” according to conventional business models.  People make attempts to “recruit” me to join them to sell their causes (as if I shouldn't be above a narrow focus on immediate need, which can be overshadowed by attention to external issues). I can be presented as the bourgeois parasite who doesn’t face the same problems now as others and can remain insular.  There is a certain danger of being in this position, which has the potential in a particular case to turn ugly.  It takes only one psychopath.  If you didn't "earn" what you have and it is taken away from you by force, you may not get it back, even if the force was wrongful.  (Well, Scarlett O'Hara got it back.)

Libertarianism casts morality in terms of accepting the responsibility for one’s choices, and even recognizes the importance of practical skills for the workplace as good for socialization in general.  (We could get into a separate discussion of wage inequality and stagnation.) Libertarianism tends to disregard common requirements imposed on everyone.  Nevertheless, ideas like interdependence (largely familial and local), patriotism (broadly defined), mediating inequality, attaining resilience, supporting sustainability, and supporting reverence for life (which can change with culture and might even include some animals now) are all part of one’s moral compass, as it would be constructed by almost any reasonable religious creed.  In recent years, resilience and preparedness has gotten attention that I had not paid much attention to since my days of dealing with the military draft.

For someone in my situation, people of faith sometimes have a convenient word, “rightsizing”.  It’s a bit off-putting.  The idea appeals particularly to people in intentional communities.  The word will probably appear in an indie movie title someday.  The concept also appeals (unfortunately) to some authoritarian politicians, who can "sell" the idea that discipline at a personal level is critical to a whole "tribe's" survival.  But the possibility or likelihood of abuse doesn't make the idea itself wrong.

One of the most serious "existential" threats to me would involve becoming someone else's bargaining chip or pawn, and being forced to abandon personally chosen goals (of an "unbalanced personality" in the Rosenfels polarity theory) to those arrange by others.  Of course I can fail in normal terms of life performance and behavior, but this idea that I could indirectly compromise others has become more serious since 9/11.  It would seem that at some point, personally chosen goals still need to serve real needs and reinforce personal value of others.

Libertarian values emphasize personal productivity and like to see it recognized.  Yet at some level it logically matters if the "content producer" really cares about "customers" -- the people who will use his or her ideas.  It's always one's right in a specific circumstance to refuse an interaction with an unwelcome person.  But when this becomes a pattern and is seen as OK, it helps set the state for the eventual growth of totalitarian extremism -- whether fascist, communist, or theocratic -- and expropriation in a formerly free society.  When virtue becomes its own end, it shields people from having to care when it really makes them uncomfortable to do so.