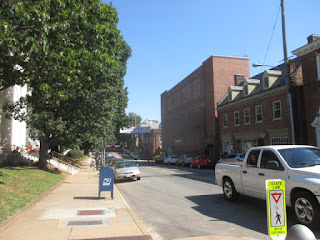 A third, and now the largest by far in claim amount, defamation or libel lawsuit has been filed against Rolling Stone, this time by the fraternity Phi Kappa Psi, for $25 million, as related in the Washington Post Tuesday morning by Larry O’Dell in an Associated Press story, here.  Other suits had been filed by recent UVa graduates along with three former fraternity members, and by a dean at UVa. Sabrina Rubin Erdely is also named as a defendant in the new suit.  The earlier litigation had been covered here July 19, 2015.

Eugene Volokh  (Ukraine-born UCLA law professor, a fact that must be interesting to him now given Vladimir Putin’s behavior))  discusses the case in the video above. The cases are not as easy for the plaintiffs as they might appear.  The University of Virginia, as an adjunct to the state government, could not sue at all, because governments can’t sue individuals for defamation according to the First Amendment.  He also is prospectively skeptical of a big suit by the plaintiff, but it has just happened.

Is this case an example for ordinary bloggers?  It might be so if a libelous blog post or YouTube video (more likely) or even other social media post went viral.  But a plaintiff will usually have to show some level of malice or reckless disregard for the truth, to follow Volokh’s comments.  Amateurs might be less capable of rigorous fact checking but probably, in most cases, not have much reason for malice.  The notion of “gratuitous speech” might prove troubling, it seems to me.  I do wonder how Volokh’s comments would play out in the world of lawsuits against consumers posting negative reviews on Yelp! and other sites, or on the use of “non-disparagement” clauses (Nov. 4).
Picture: downtown Charlottesville, VA, Sept. 2015 (mine).  I notice here even in my own blog post title the word "levied" is a bit excessive.  Maybe I should have said "filed".