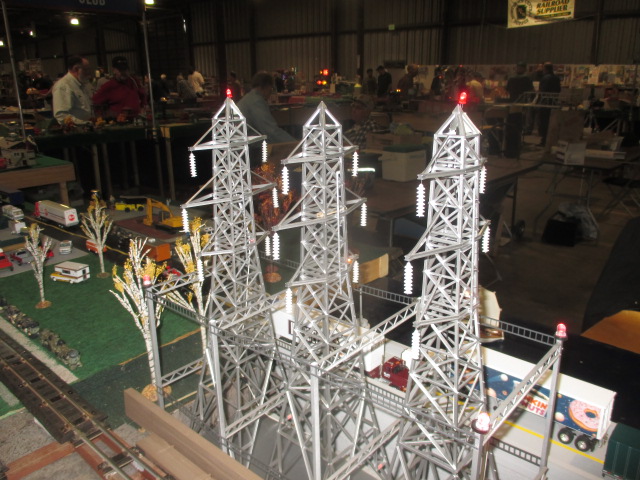 I got my subscription copy of Time Magazine (Nov. 3) in my mailbox today, on the way to the High Heels race, and there was good news and bad news in it.  The upbeat part concerned the promise of fusion power.  The downer was a story on p 60, “9 Questions” of former Nightline anchor Ted Koppel (link) , largely concerning his new book “Lights Out: A Cyberattack,  A Nation Unprepared, Surviving the Aftermath” published by Crown.  Salon has a more detailed account of his grim remarks here. Napolitano (former Homeland Security Secretary) is quoted as saying that such an attack has an 80% chance or more of happening eventually.

I’ve covered the security of the power grid in many posts, many of them written in 2013 when I visited Oak Ridge.  Personally, I think much bigger threats come to the grid from big solar storms or possible EMP strikes, even from off the coast (which would not always require nuclear weapons).  I’ve reviewed “One Second After” and noted that NORAD should have been able to stop such attacks.

Shouldn’t the power grid be inaccessible from the Internet and hackers?  Koppel points out that the biggest risk would be sabotage of a connection through one of the smaller companies with weaker security.  I’m actually vaguely familiar with how the Texas grid (one of three major grids) works from a couple of mainframe job interviews in the late 80s.  From my own career, I know that most companies do have internal vulnerabilities (like with the management of elevations) that a determined internal saboteur could exploit.

Koppel points out that eccentric or cultist enemies like North Korea or ISIL (or Iran) may be more dangerous than large established states like Russia and China.

Koppel’s claims do raise personal moral questions.  We are indeed technologically dependent in a way that may undermine our ability to depend on one another personally and give us a false sense of independence.   I wouldn’t be much good in a world radically different from what I live in now, created by an enemy’s indignation. 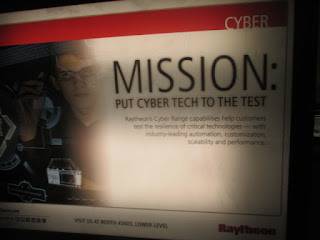 I've started reading, and Koppel mentions a 2015 defense contract with Raytheon to harden Cheyenne Mountain defenses against EMP.  I'll get into this when I do the book review, but it is rather curious that I have recently found Raytheon ads around the DC Metro, such as this one on Halloween at the Mt. Vernon Station on the Yellow Line.  A Raytheon balloon or blimp was involved in a serious accident in Maryland at Aberdeen last week, story.
Posted by Bill Boushka at 8:48 PM

Labels: personal ethics, security and open technology use, the future of technology