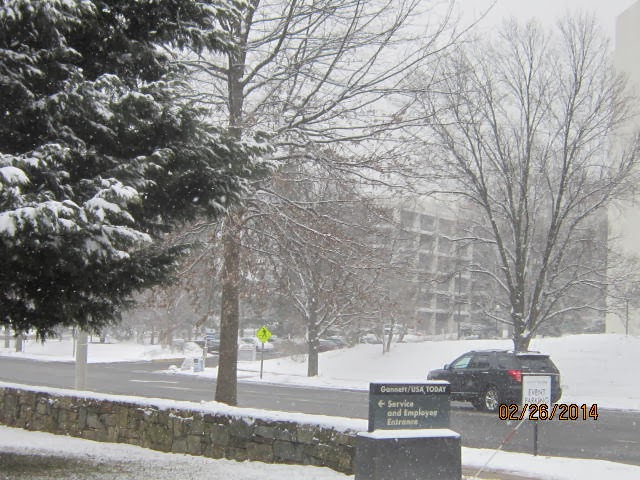 We had a snow event this morning.  I had no problems getting there, and arrived very early.  Breakfast and the start of the meeting were delayed a bit.  And I may have needed a spotter.  As I walked on the other side of the coffee serving line, the glare from the snow (at one particular angle) outside blanked out from vision a shiny gray granite stone barrier, on which I slipped, and then on some more blocks below.  I stayed on my feet and had no injury, and did not drop my smartphone or camera (the laptop was on a table).  I did not sing adlib for a YouTube video.  But the lighting of the facility created a “David Blaine magic” effect.
Paul Sherman, president of Potomac Tech Wire, started with opening remarks, and noted that most  social platforms are not tailored for marketeers. 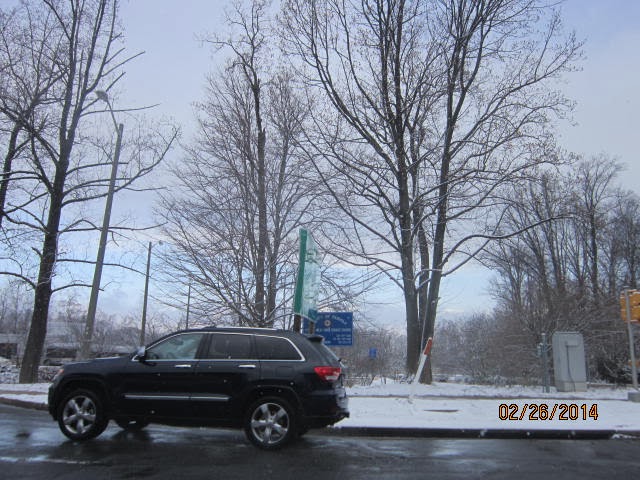 He said that he doesn’t like cauliflower (or broccoli, like the first George Bush).
I challenged him from the audience on “curation”, saying that blog posts about specific issues that come to their main points quickly are more likely to attract (new) visitors.  I used the Section 230 issue (the attorneys general proposal) as an issue where brevity and bluntness are effective.  I do get irritated with posts that make you watch long videos or make many page requests to get their secrets unveiled. (Porter Stansberry’s posts on reserve currency, while important, are annoying in this regard.)  I think there is a real issue as to whether you should “always be selling” when informing users about serious issues (certainly not “always be closing”). 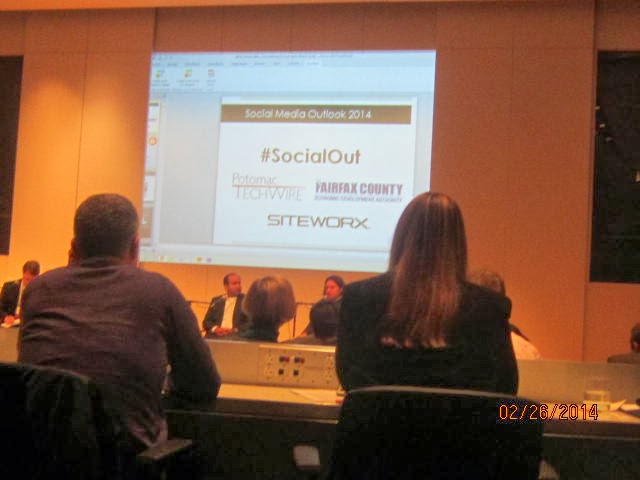 Other panelists included Kevin Alansky (Chief Marketing Officer of Social Radar), Peter Corbett (founder and CEO of iStrategy Labs), and Leigh George, an active speaker with many trade groups, as well as the Girl Scouts and the SXSW Film Festival (in Austin TX). 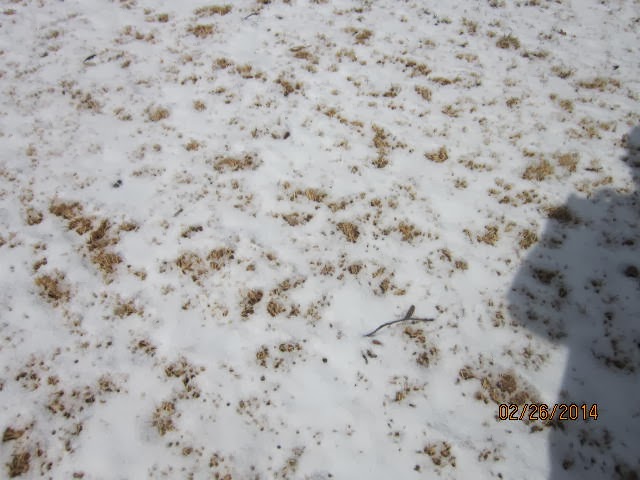 The panel discussed the significance of various corporate acquisitions and new products.

I’ll summarize what they said in a series of notes (like from a college lecture).  They may not have a consistent logical thread.
By buying Whats App, Facebook guarantees its future audience, with teen audience going down.  Facebook is becoming the “holding company” of social media.  Emerging markets have only mobile, not desktop and are not so much into the web for information publishing as for social connectivity.
WhatsApp is useful in despotic countries (like Venezuela) to get information out – when Facebook, Twitter, Blogger, etc are shut down or blocked. (Hint: they really aren’t.)   Curiously, enterprising kids have been discovering “the real world” (especially in the arts – as I can personally vouch -- or sports) and not so into Facebook as a couple of years ago.  So Facebook needs to make acquisitions that will bring them back.
SnapChat attracts babysitters and the like and is used for intimate moments.  The NCAA uses Snapchat for recruiting. Snapchat takes people “behind the scenes” and makes them feel more “special” than ordinary social media postings do. But you have to be “outgoing” to use it that way; not everyone is.

The evolution of these products suggests a consumer interest in being able to engage people in new ways personally, rather than just publish or broadcast (the now old-school Web 1.0 idea).

The panelists challenged the idea of a public expectation for media, that it’s paid for by advertisers, but for me, “It’s free”.  (The “Reid.ing” videos about this issue came up in the informal discussions afterword – Movies blog May 13, 2013.) Companies wonder “how do we get over the idea that all content should be free?”  Maybe some advanced features on social media platforms should require paying memberships.  Google charges for extra disk space for Picasa.  I think it would be a good idea for Blogger and Wordpress to offer phone support contracts for a fee (maybe about $100 a year).

The two biggest players in controlling the finance of the Internet will be Facebook and Google. Facebook is about “the data”.  (What about Netflix and Comcast?)

They talked about the SpongeBob page Game on Facebook.  This one I haven’t tried.   It asked for PII when you play it.

They talked about a JP Morgan financial app.

Consumer utility is a big thing, still. Example: consumers want a smartphone app that can receive and diagnose engine code problems from their autos, or home security issues.

Linked In has little value for sales people now, partly because of a clumsy user interface (in one panelist’s opinion).

Instagram was said to have a lot of stuff that Facebook will harvest some day.  People will pay “kids” with thousands for followers to promote their brands.  College kids make a living off this.

Google+ has a high level of engagement (partly though YouTube comments), especially geeks and artists. “I don’t know anyone who uses it.” It is used for videoconferencing and Google+ pages may be useful for local businesses. Google+ posts YouTube videos and comments on YouTube to “timelines” on Google+, but this is not seen as significant for marketeers.

Facebook is the “mass media” and everything else is niche.

There will be a Mid-Atlantic marketing seminar April 20, link here.
I did discuss Vox Media a bit with the panelists.  I’ll post about that on my “IT Jobs” blog later today.  It looks like they are on to something, maybe sharing the advertising market from big broadcast and cable news networks.
Posted by Bill Boushka at 9:40 AM