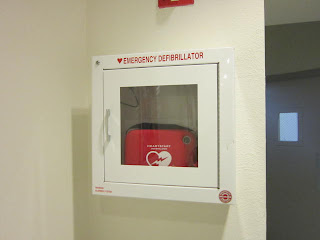 I thought I would review an important concept today – the way I view “publication”.

In the strictest sense of common libel law, “publication” usually means delivering a written or recorded communication (words,  images, voice) to at least one other competent person who can understand the message.  Related to libel, of course, is slander, simply a verbal message, usually spoken in person.  Both amount to “defamation”.  Both concepts can also relate also to “invasion of privacy” – communications about a person or party that cause some kind of difficulty, such as putting the person in a “false light”.

In practice, this narrow definition is important for users of social media, particularly as social media companies (most notably Facebook and Google+) both encourage users to develop “rings” of “friends”, with each ring (which an overlap and need not be concentric) allowed to see certain specific portions of content.
On Twitter, the same thing could be accomplished by disallowing and/or blocking followers.

Really, the “rings of friends” concept  (could I call them "groups" or "fields") isn’t so different from what was common in the 1990s with listservers.  Another common practice was for organizations to offer their own VPN’s for users to communicate.  It’s really like thinking of web communication as being from “at work” and intended for specified, often commercial, audiences.

It’s possible to do some of this with older blogging platforms (Blogger and Wordpress) but such practice is relatively uncommon.

In fact, with a flat conventional site, it is possible on Apache servers to block requests from known IP addresses (hackers or spammers).  It’s obscure, but there are some clues out there, for example by using “.htaccess”, as explained here, or with CFM here.
.
I suspect that very few conventional webmasters would want to do this in practice.

Again, why is all of this important?  Because most online reputation experts recommend that anyone view what he or she posts as potentially public and for “everyone” (as Facebook used to call it) anyway, since it is so easy (and uncontrollable) for anyone to reproduce any digital communication (however restricted in the beginning) and redistribute it.  The “Dr. Phil” show has made this point time and time again.

Nevertheless, to someone who came into online publishing and blogging through the book “self-publishing” route, the concept of “open” (or “for everyone”) publication is critical.  When a book is published, an author has no moral or legal right to learn the identity of its readers (or purchasers).  On the other hand, in web publishing, particularly when ads are served, there is a counterculture of knowing what parties (at least by characteristics) are visiting your site.

There is also another significant shift in how the “culture” of publishing is viewed.  Until the late 1990s at least, the “consciousness” of the publishing world was dominated by trade publishers.  Subsidy publishing has existed since the early 1970s (as with Exposition Press, for example, or Vantage), but it had always been very pricey.  Self-publishing through “desktop” technology came down in price in the 90s, although book manufacturers  (many of them in the South or in the Piedmont or Shenandoah Valley) varied wildly in cost then (as I found out).  “Print on demand” took off around 2000, with a variety of plans and royalty arrangements ranging from cooperative to true self-publishing.  Now in the book world authors often invest heavily in their own projects, just as writers and directors have always done in independent film. From a bottom line perspective, this makes sense for publication and distribution companies, but it can mean there is less oversight or editorial control over what “gets published” and that “getting published” doesn’t “mean” what it used to.  I can remember a telephone conversation about this with an editor from the “St. Croix Review” (Minnesota) in the mid 1990s.

It’s much easier today for anyone to reach an audience without going through the hoops set up by others.  This is true even in music (as with classical) as with books or periodicals (non-fiction and fiction both) and film. The “convenience” of this development is a major factor in the debate over downstream liability for service providers, as we saw with SOPA and PIPA last winter, have seen with state laws protecting minors more recently (and was possibly an issue with COPA), and we will surely see it again with more debates over Section 230, because it is so easy for users to abuse their “privileges” and engage in defamation or cyberbullying.  But really, the downstream liability issues could crop up for both “open” publication and for supposedly more restricted “friends lists”, which are in practice not very restrictive after all.

There is something new cropping up in our culture, however.  That is the notion that if you “draw attention to yourself”, as is so “easy” today online, “you” should be prepared to take care of or provide for others – almost as if you had your own children after all.  One of the allures of self-publishing as a “solo” or “singleton” is the opportunity to remain objective and stand aloof, viewing the practical world of others from a distance, or from “on high” (as with anyone purporting to have a “manifesto”).  In a real world, people (with real families, dependents and children, not always just by their own chosen actions) make real alliances and have to accept the goals of others as their own and be prepared to sell or even hucksterize them.  The “purpose” or “intent” of the writer – the substance of the world that the writer really wants to see develop – become a concern of other stakeholders.  Personally, it becomes hard for me to “join in” the specific causes of others because they are limiting or may well turn out to be wrong or at least misplaced in emphasis. (Group volunteerism never seems particularly efficient in helping large numbers of truly needly; it does build up reserve social capital.)

One issue that I’ve entertained before is “conflict of interest”.  I have said that people whose jobs involve making decisions about others (for example, managers with direct reports) should generally not publish in “everyone mode” about anything  third party without supervision.  The “ring of friends” concept in social media may be a theoretical work-around (and in that sense Zuckerberg’s thinking is novel), but in practice may not make much difference. It’s all too easy for a manager to create a hostile workplace environment or a teacher to create classroom controversy with supposedly “restricted audience” comments on Facebook – and there are a lot of cases on record.  Maybe the overriding concept in the view of the Facebook world is that it is no longer possible to lead double lives, as I did when I wrote my first book.

A world where "self-publication" happens only with finite whitelists would have to deal with another reality: no one can really "know" that many people well.  In fact, sometimes whitelisting is defended from the idea that you should work with "real people" in a real world before "being listened to."  I have a couple of "real world friends", both young, with thousands of Facebook friends from accomplishments and particularly drawn from current and past campus life. (It helps to go to big schools like Yale or Virginia Tech, it seems.)  One can make a case for saying that friend's rings should be restricted in number, to maybe 100.