Part 1 of Strategic Planning (Mine, that is) 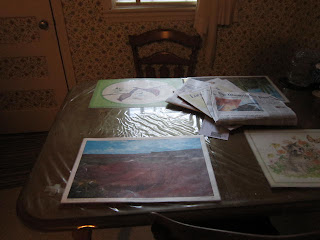 In the spring semester of 1963, when I was technically a sophomore at George Washington University, I took my “last” undergraduate English course, the “dreaded” English 4, where almost the entire grade came from one assignment, the term paper.  At GWU, one took this course after a year of literature. The term paper amounted to an exercise in "How to write a book" (nonfiction), which would figure into my life 35 years later.

The paper could be about any reasonable topic.  One friend wrote about vampires.  I dug up a topic I had used in senior English in high school for “A-B credit”, the purported influence by post-romantic composer Gustav Mahler on twentieth century music.  This was a good time for that topic, as Leonard Bernstein was just starting to unearth man of the lesser-played Mahler “middle” symphonies.

There as a catch.  One the fourth Monday of the semester, we had to hand in an “annotated bibliography” of the planned paper.  We had to know where we were headed.  In the first three weeks of class, we had been expected to scout out all the books and periodicals we would use for research material.  In those days, that often meant visits to the main DC Library or the Library of Congress.  We had to document all our planned sources on index cards, in advance, and write-up a detailed survey of the literature we would use.  Maybe, if the term paper were on “the decline of marriage”, the collection of book reviews on my Book Reviews Blog under the label “family” would meet the requirement.

In 1963, at least, this turned out to become a daunting task. I remember staying up until 3:30 AM the night before it was due, handwriting the paper in ink at the family kitchen table.

So it is, I need to say where I am going now.

I get calls occasionally from my “publisher” (iUniverse) about marketing efforts for my two books, the most recent of which dates to 2002. I cannot aggressively market “old” non-fiction. It is useful as a reference, but I have moved on.  I want to outline what I intend to market soon, as I emerge from six years of blogging and “grassroots” reporting.

In my situation, I think a combination of several works and media is more effective, than just one work, and trying to justify that oeuvre with “numbers”.   And there is the issue of how I manage my online presence, both in the meantime and then thereafter.

My “Offering” will be partly a “musical offering”, partly film (screenplay), and partly “literary”.

Let’s list the last first, the book.  I am into the heavy editing of a novel to be titled “Angels’ Brothers”.
There are two scripts.  They are the “Do Ask Do Tell” itself, and then a sci-fi tale called “Titanium”. A have a more daring third one (definitely hard “R”) called “69 Minutes to Titan”.  These all would logically lead to franchise-like sequels, which will not be offered at first.   (Really.  Would Tinseltown title a film “Do Ask Do Tell 2”, assuming the first one had worked?)

There is music, too.  I have fairly complete manuscripts for three sonatas, and a cantata, mostly dating back to high school, college, and young adult days.   I need to get enough of this (particularly the last movement of the last sonata) entered into Sibelius so that it could be professionally performed and recorded (for the movie).

There is also a documentary video.  More about that later. 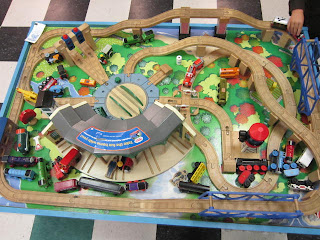 The fiction items all assume an extraterrestrial intervention by “angels” who have detected that the number of free-will souls possible on Earth is approaching a mathematically determined upper bound (which I think could exist – and I wonder if a conscious, free-will “physical entity” really can be destroyed at death at all – I think it lives somehow, maybe frozen at some moment in Time until it gets stored on the surface of a black hole).  The angels “set up shop” on Titan, the largest moon of Saturn, within a convenient space-flight from Earth.

In the DADT screenplay, a character based on me “wakes up” in a bizarre kind of confinement, which seems to be part hospital and part ashram.  He eventually learns he is in space (Titan) and will be challenged with specific tasks and rituals, that can cross time (and body ages) in “Mobius fashion”, along with other chums of his who have already been through it.  When he returns to Earth, he learns what is going to happen with “the rest of us.”  The "tasks" (and the need to "process" the cohorts) cause the "angels" to review critical episodes in "Bill's" life, to examine the mystery of what happened behind the scenes and why.  The film would comprise about 45 minutes "present time" in the ashram, about 45 minutes of "real history" flashback, and about 20 minutes of an embedded "fictitious" short story that triggered many of the past events.

The “Titanium” screenplay has the abduction story viewed by an adventurous journalist, about 28, who has lost his pregnant finance to a “going up” but continues to philander.  His reporting, under the suspicion of the police, lead to the angelic plot and eventually a publicly undeniable UFO landing – again, with consequences.
In “Angels’ Brothers”,  a  “family man” history teacher and part-time-CIA (and ex-military) agent befriends a precocious gay college student who may just be one of the angels.  In the novel, a bizarre virus, with radioactive isotopes as elements, propagates the “contraction of souls” of those who will survive.

I used to envision an ideal novel as one where an “ordinary person” (perhaps me, perhaps a reporter) learns of a “plot” through meeting (maybe not so accidentally) a “Clark Kent” sort of character (oh, Clark became a journalist, too), and travels to an ashram for the middle, to be re-educated, to return when civilization is on the brink.  But in the novels,  I found it interesting to present the transition through the eyes of characters who discover they are part of the cause of things.  It may not be a happy ending for everyone – maybe it will become a “Revolution”). 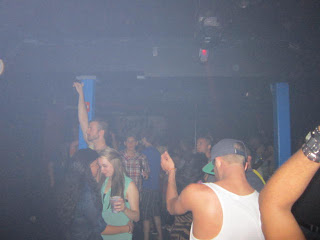 Seeing Ridley Scott's "Prometheus" (Movies blog, June 8) and seeing how Scott fit the pieces of his "Alien" sequence together, does raise some questions for me.

First, it's true that the DADT screenplay, through the "true" flashbacks, gives me a chance to tell the deep stories behind some personal incidents and explore their "meaning".  And the "angelic" characters in the ashram have every motive to care, because they have to wonder how they will really turn out in an world that will contract  -- so they could wonder why Bill was "selected" and what that can say about their own futures as Bill's "friends" (outside of Facebook).  I know, of course, that you can say that Earth's civilization may actually have occurred early in the game of civilizations that may follow in the Galaxy -- or they could be there already.

A more relevant point is, should there exist a sequential relationship between the Novel and the screenplays, at least the DADT screenplay?  Right now, at the end of the DADT screenplay, "Bill" is returned to Earth for a while, and discovers it's undergoing a great calamity.  For one thing, people have to do without electricity and global communications when he returns.  There's no mention in the screenplay of a "virus".  But in the book, a "virus" is the vector, bringing about the transformation at home while the "angels" land (intermittently throughout the book, and then at the end).  One way to connect them would be to suggest that there had been a power loss period before the novel starts, and show that as a backstory in Bill's writings.  Maybe the backstory is simply embedded as "Bill's screenplay".  The way it's set up now: the DADT screenplay explores the possibility of EMP (so does "Titanium"), the book explores the idea of a virus.  Two different perils.  Take your pick.