Once a blogger, always a journalist. You can never take sides again! 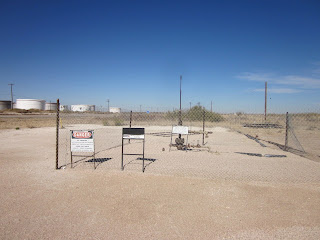 May Day is, I guess, a time for “moralistic” reflection, Left Wing style.  I recall a “May Day” spent in Lourdes, France, in 2001, watching the pilgrims come back from the grottos, watching young men enter possibly challenging ceremonies on stage.

One reflection is, “One a journalist, always a journalist”.  That’s even true for blogger journalists (whatever “Zola” says about bloggers as journalists in the Tribeca film “High Tech, Low Life”, reviewed on the movies blog April 25.)

I recall the precise moment of epiphany when I knew I would author my first “Do Ask Do Tell” book.  I was on vacation, on a Saturday in a small town in Colorado in August 1994, 2000 miles from home, in a “family restaurant”, having just bought a film roll.  I saw a small piece on an obscure “gays in the military” case in a local paper, while I munched on a chili cheeseburger.  That did it for me.  It felt great all afternoon, as I drove back west, towards Scottsbluff and then to Cheyenne, that I would tell my own story in formal fashion.  I had recently turned 51 then.

I also recall the  moment, around 4:25 PM on Friday July 11, 1997, when I became “officially published”, as I mailed the required registration copies of my book to the Library of Congress from a local post office in northern VA. I was 54 then.  I don’t think I’ve given the link for it, which is here.

In time, I would draw readership by supplementing the book on the Web, first with Hometown AOL (as it was in 1997), and then my own “hppub.com” which would become “doaskdotell.com”.  The issue that had motivated my journey into authorship, “gays in the military” and “don’t ask don’t tell”, has the unusual property of imparting a lot of collateral issues that circle it in the general population, including privacy, forced intimacy, self-expression, and particularly “unit cohesion” (read “eusociality” or “social capital”).  I wound up tracking almost all major issues on my websites and blogs and coordinating my coverage with an “opposing viewpoints” perspective.

In doing so, I certainly could attract attention to myself, resulting in “passive” social networking (good), but possibly negative attention, even to those connected to me (family, such as mother)  who might resent my “high profile” when connected to issues in which I had never volunteered to take a direct personal stake.
I also found, after “retirement” at the end of 2001 from my “conventional” career in I.T. (where I had functioned privately as an “individual contributor”), myself being approached to all kinds of other causes, in the “interim job hunting” area, volunteerism, contributions, and family  -- and with lots of unsolicited emails and phone calls.

As I note, DADT was a core issue for me, as was free speech (COPA), so that certainly led me to focus on associated organizations, like SLDN and EFF.  What I do find, however, that, outside of these, it is very difficult to warm up to going to bat for “other people’s causes” in so many other areas.  From a psychological viewpoint, they seem equivalent.  One is not necessarily more critical than the others.  (Well, some are.  For demographic reasons, Alzheimer’s is very critical, for example; it may become the public health threat of the early 21st Century.  “No offense”, but the many cancers and heart disease are not;  they are coming up because people live longer and medically we can do more about them than we could when I was growing up and they weren’t seen as causes.  But other issues, like polio, were seen as critical then.  Today, scientific solutions to potential threats like pandemics, energy breakdown, climate change, etc. do seem the highest of the priorities to me.)

I am in a phase right now where I have a tremendous amount to do to get my books, screenplay scripts, and music up to “professional” standards, ready for the big leagues.  It’s difficult to do this when there are a lot of interruptions (or infrastructure disruptions).  So I have to look at volunteer opportunities very carefully and selectively.  Recently, there was a one day (April 28) where many churches offered people for home fix-ups for elderly, disabled  I think it was called an “Annual National Rebuilding Day” (link).  Is this really efficient, and effective, for 30 people from one church to descend on one home where the person doesn’t know them?  I did do this in 2011.  I didn’t this year.  But I don’t think it’s really about efficiency.  It’s about “social capital”.  But to be effective at this, it seems to me now like you need to be committed to it all the time.  I could wonder the same things about the youth “30 Hour Famine” that many churches had in February. 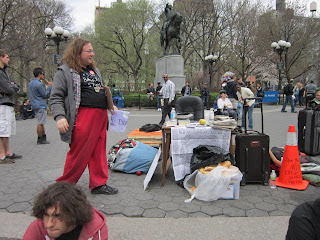 There is, however, something about the justice of all of this.  I’ve always seen people as responsible for themselves as individuals, and I know that people definitely don’t start “at the same place in line”. I sense in a way that I didn’t earlier that “family matters” for its own sake.  I can certainly see where the destructive nihilism we see in so many individuals comes from, and it can be very difficult to contain.  Losses incurred by the individualist become absolute.  So one finds oneself constantly drawn and pulled by others who insist that someone like me “join something” before being heard from.

But once someone like me becomes a “forward observer”, it’s difficult to put enough time into meeting other people’s “real needs” to be effective at it.

The same thing tends to be true of the “retiree job market”.  So much of it is about selling “someone else’s paradigm”, which may not really be any good in the grand scheme of things.  “Objectivity” (a requirement for journalists) is generally not welcome in the “real world”. (t didn't even work in teaching, although for a while I thought it could.)  And we have become so jealous of our individualism that a lot of us don’t like to be “sold to” or approached.  Things really have changed.

It’s a good thing I was already 51 when I experienced by 1994 “epiphany” and could retire relatively early.  Mentally, I signed up for life. Once a (blogger) journalist, always a journalist.

Labels: blogger journalism, existentialism, privilege of being listened to