A conversation in person about the piracy problem 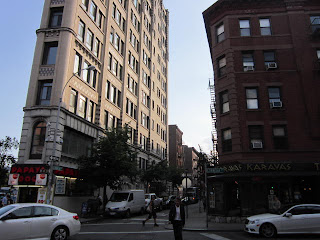 I got into a conversation recently with a music publisher who said he had originally supported SOPA and PIPA because, yes, piracy is a big problem and people who can afford to pay for content (and particularly software licenses) should pay.  But he also said that elaborate software at the high end is above the financial reach for many amateur musicians and probably developers.

I did explain the "third party liability" problem and how SOPA, if carelessly implemented at least, could have wound up shutting down the publication of a lot of user-generated content.

He did come around to agreeing that music publishers and movie distributors have not done what they should to make content affordable in smaller bites for the less well-off.  It was Steve Jobs who forced the issue by developing the 99-cent legal download per song.  And, in fact, the whole strategy for collecting music has changed from the days of "$4.98 long-play classical records" and, starting in the 1980s, "$15.99 CD's."  In the future, music collections will live as MP3 and PDF files in the Cloud.

And movie companies drag their feet in releasing DVD's, charging $24.99 or so -- when a lot of users could afford to pay $1.99 to $3.99 to watch legally online.   Contrary to popular belief, smaller independent films have been affected by piracy.

By the way, BitTorrent, which I don't use personally, is not necessarily the villain it's made out to be.  Record companies and movie distributors are starting to discover legal and productive uses, as explained in the Wikipedia article here. 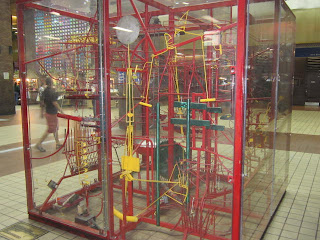