Bill's Cosmology (and no, the CERN Hadron Collider won't destroy the Solar System) 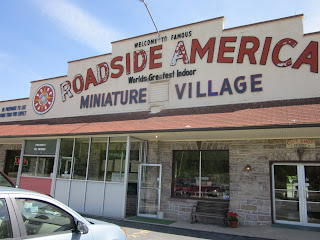 One of the biggest questions is “why am I me”?  That is, why am I living in this civilization at age 68 in 2012; what wasn’t I born during the time of Christ, or Muhammad, or before the Holocaust in Poland, or in Sub Saharan Africa, or in Haiti, or in some situation where I probably wouldn’t have survived “as I am”?

And then, what does happen at end-of-life or end-of-days?  At age 68, I have to think about that.  One October Sunday night in October 1983, as I drove back to Dallas through northeast Texas, I heard a fundamentalist preacher on the car radio say, “an angel escorts you into a chamber to be prepared for judgment…”   And I wondered, who is the Angel?

My own understanding of physics now is that “consciousness” is “something” very fundamental, and it probably can’t be destroyed.  Some physicists say that it is basically “information”.
Michael Moyer has an article in the February 2012 Scientific American, p. 30, “Is Space Digital?” (link, has paywall).  He gets into a discussion of how all the information that gets drawn into a black hole gets stored on the surface (Schwarzchild radius) of the structure, but how (in geometry) that eventually limits the amount of digital information that can be kept relative to the size.

Perhaps when we die, the basic process is that our “souls” (information sets, as digitized) migrates to the center of the Milky Way and gets stored on the surface of the black hole.  There we live forever. The “reward” would be total knowledge of how the universe really works (that is, the “knowledge of good and evil”).  But mathematically there is a finite limit to what can be stored.  The larger the structure at the galactic center, the more significant the geometric limit relative to all the possible civilizations with all possible sentient beings in the galaxy.

There’s another “problem”. The Sun and its solar system is about 27000 light years from the galactic center.  If “information” travels at the speed of light, it’s at least 27000 years until it’s stored.  That doesn’t support reincarnation very well – but I’ll come back to that.   The “c-squared” problem may be one reason why the Islamic afterlife wants until the end of time, whereas Christianity does not. There are some physicists who say that information is so fundamental that it isn’t hamstrung by the speed of light (as in Jeffrey Mishlove’s book “The Roots of Consciousness”, a classic back in 1978).

But Moyer also gets into a discussion on how information is stored on “light sheets”.  At this point, we’re getting into something else.  “Information” is the instrument with which the Universe counteracts entropy. “Consciousness” gives a process for organizing things and making progress, and countering the inevitable breakdown of order.  So Life, leading to consciousness and intelligence, may be inevitable (and there’s no reason why this would contradict religious theories of “intelligent design”).  Reproduction becomes necessary, at least in “customary” circumstances, because any individual organism breaks down due to entropy (we call that aging).  So “reproduction rules”, although we don’t want to make too much of this idea in moral terms.

Also, since there is not infinite room for everyone to live in bliss forever (in the large space in the galactic center), there are qualifications (in religion, this is “Faith” or “Works” or some combination of both; in Christianity, it’s grace).  Those who don’t get saved roam on local light sheets, without access to knowledge.  The “underworld” in the after life becomes a kind of eternal stupor.

So, what about all the intermediaries?  Who are the “angels”?  Without getting into theology (of various religions, including LDS, which seems particularly interesting), it seems that there are some “superior” beings who “live forever” as individuals as we understand individuals.  And it seems we perceive them as “persons”.  Where to they come from?  Do they “fall to Earth” as in the 1979 David Bowie movie?  Do they walk among us, rarely showing their “Clark-Kent” powers?  Do they face (and overcome) the temptation of “The Golden Calf” (as in Arnold Schoenberg’s opera)?  Do they come up with radical innovations that change society quickly?  (I won’t “name names” here.)

I guess all of this makes for good sci-fi movie-making, maybe.  But think also about “reincarnation” (as on my review on the movies blog of “My Reincarnation”, Dec. 27, 2011).  The evidence, from that film (with Tibetan masters), is that the “host” of the reincarnated person gradually (through meditation and various spiritual exercises) develops the ability to recall the reincarnated person’s life and experience the “memories” as if one’s own. That is, the memories fold into a different “identity” or “soul”.

The “reincarnated” person probably could not have traveled to the galactic center to permanent existence.  His “information” must have been saved “locally”  in a “Preserve” of “light sheets”, operated by certain beings (“angels”), within a reasonable proximity to Earth.  The analogy would be backing up one’s own data on a thumb drive as well as letting it be backed up by “the Cloud”.

The “reincarnated” identity still exists, occasionally, in a new body.  The experience would be like “waking up” and having a young adult’s body again.  Who wouldn’t want that (and to hit the discos with visual perfection to offer)?  But of course, there’s a “catch”.  The “out on pass” (to use an Army Basic Training metaphor) period lasts only a short while, maybe a few hours or a day or so (like the length of a circuit party).  Then one goes back into limbo, unconsciousness (as in general anesthesia for surgery) , only to be revived occasionally for short periods at the pleasure of the host “angel” (or host master). It's the cosmological equivalent of the childhood summer "hunger game", "Mother May I?"

In the “novel”,  the “light sheets” are carried on the surfaces of “mini black holes” embedded in a bizarre virus that gets loose.  The “lucky” people survive in an “angelic” host, but the others dissolve into the local rogue “light sheets” and lose their chance of salvation. This is obviously a crisis.  In the book, the novel virus, with some unusual transmission patterns, affects people exposed to sudden increase in altitude (is flying dangerous?) or pollution.  To solve it, the country has to take an unprecedented economic hit and society must “change”.  But some people get away, rewarded by angelic hosts.

In the “screenplay”, some people (the protagonist, “me”) are taken to “The Preserve” which, for the sake of movie-making, has been set up by “angels” on Titan (the largest moon of Saturn – at least, a very interesting place, more so than Mars).   A “candidate” has his life reviewed, and is given an injection of “nanobots”  (like in the TV series “Jake 2.0”) that prepare for his soul to be assimilated by angels.  But he goes to a “tribunal” where he may have the chance to become an “angel” himself, or at least a “para-angel” or priest, and live a very long time.  (Back on Earth, a crisis will be developing at the end of the movie, which means there have to be movie sequels.)   The candidate must not enjoy his own shame too much, or at least must recover.

In both the book and screenplay, the “candidate” or “carrier” (to use some term) sometimes experiences a brief period of being younger again, before meeting his own final judgment.  But in the screenplay, the “physics” of the “Preserve” regulates this process in a “model world” with different zones that have been set up (as a series of “roadside attractions”).

This whole discussion ought to remind us of the "individual" necessity for forgiveness.  An individual experiences consequences of the actions of others "on his own" until he has social interdependence with others, regardless of fault, negligence, malice, or indignation from others.  Without forgiveness you cannot have any future in an afterlife.