My own novel and screenplay projects: Watch out for Angels, no matter how benevolent 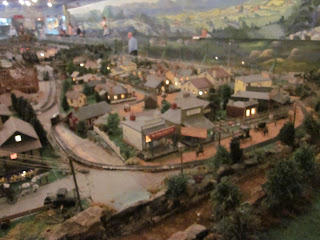 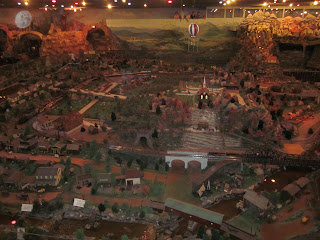 Now, I have to change gears for a moment. Let’s talk about the “main” screenplay, “DADT”.  Here, I’ve layered a fictive short called “The Sub”, some of my “personal history” (William and Mary et al), and an experience where “I” waked up in a bizarre institution where I  am sent through a number of training tasks relating to skills appropriate for different periods of history.  I encounter others in this nether-world, including a single mother named Tovina.  There seem to be some families and a lot of children and rather lost adults all living in a small world that seems like a “magic kingdom” with different little domains and a train that connects them (rather like living in someone's model railroad).  I do encounter people from my earthly life, and one of them seems to have read my history telepathically, with the help of an unusual computer.  (The fictive short that I wrote and the life experiences had been connected in my “real world” by lawyers.)  Unlike the novel, there’s no “virus” that saves consciousness; it seems to happen for some people in this “astral-life” station; others would go back into a group consciousness forever, to live in bliss.  But more is expected of some of us.  We (as in the novel) will get to live in through the memories of younger people.
In the screenplay, as in the novel, there is a ritual scene, called the “Tribunal” (recalling one I had played hookey on in college); after that, I experience the opportunity to become young again, temporarily, long enough to experience the possibility of procreation after all, on this “alternate world”, with Tovina.
Before the consummation scene, “I”  (also) come to learn how I got there.   In the real world, someone had knocked on the door and insisted she had the right to squat  in my home and be provided for, based on past events.  I had gone off on a trip, leaving her and family, and come home and found data center, replaced (with the new “auditing” equipment).  I then fell down my own stairs, which would normally be a fatal event.  But I had already been set up to be rescued.   I was sent out of the house on my bike (with one of the other “rommates”, logically “Tove”) in a storm, to another location, where I “went up”.
In the meantime, Earth does face another calamity. I will go back from the “ashram” just in time to witness it, as other souls will be scooped up.   Again, it’s a partial “end of the world.” 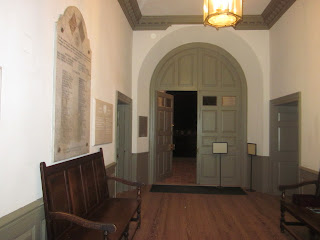