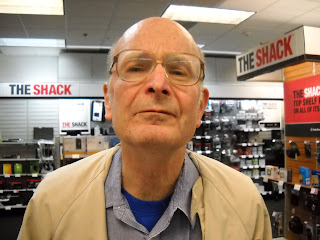 Jimmy Wales, founder of Wikipedia, has a major op-ed in the Washington Post, where he explains how Congress finally had to pay attention to “the people”, one at a time, as content creators, rather than just listen to specialized arguments over SOPA from Silcion Valley and Hollywood.  The link (for "We are the media and so are you") is here.  (The title reminds me of an occasion in 1981 when, after a road trip that led to a complaint from a client, my manager said "When this hits the streets, so will you.  But it never hit the streets.)
I’m reminded of another aspect of my own life. I’ve never been too eager to go out and pound doors or “raise money” for specific candidates, in “solidarity” with other interest groups, or circulate petitions over narrow issues.   That tendency in myself has grown more intense in recent years.  In the early 1980s, when I lived in Dallas, the Dallas Gay Alliance was big on “getting out the vote” in order to protect “our” own interests (which at the time was countering police harassment, sodomy laws, and later AIDS hysteria).  In the late 1990s when I had moved to Minneapolis, I had some experience approaching people and “recruiting” in the ballot access petitioning drives with the Libertarian Party of Minnesota (women were better at this than men).  I even trumped the Phillips neighborhood for a local candidate, over local issues like flood management.  I remember the exercise in “salesmanship” for others well. I strikes me that many churches are like that – evangelism, winning “converts” before winning the “arguments”.
I’m much more a knowledge person than a campaign person. And I have to admit, in terms of personality and sentience, I have more in common with Newt Gingrinch than the other GOP candidates (Okay, maybe Ron Paul).  There are definite dangers to watch out for.  I’d love to play proxy in one of their debates.  I can be polarizing.
Read the Wales piece.  And there may be another “converts and arguments” battle soon with ACTA, the Anti-Counterfeitingg Trade Agreement.  More about that another time.
Picture (above): Try "Uggie" in "The Artist". 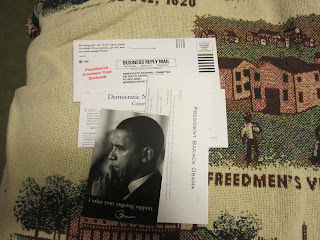 P.S.  I posted too quickly. Right after "publishing", the Snail mail came, and included was a Democratic Party fund raising letter from president Barack Obama.  Oh, it's all about who has the most money for campaigns.  (And the Supreme Court just said super-PACs can give as much as they want.)

The tone of the mail package was rather presumptuous. But not as bad as a letter I received in Dallas from Mondale's campaign in 1984 about how much I "owed".  That letter was downright rude.