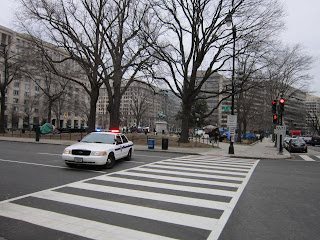 The New York Times Sunday Review has several important op-eds on digital privacy and on the piracy problem today, and one of the most conspicuous is the piece on p 7 by Lori Andrews (a law professor at Chicago-Kent), “Facebook Is Using You”, link here,  with a byline in print “Your digital self can make it difficult to get credit or insurance” (emphasis added).
The main problem that Andrews presents here is “data aggregation”, where consumers find their credit limits lowered or possibly auto or property insurance premiums raised (that part is shadier) based on the behavior of other consumers who use credit with the same establishments (bars?) or (less well documented) based on various Internet behaviors such as “likes and dislikes” noted on social networks, surfing and searching.
She mentions some companies in the shady business of “spying” on consumers and gathering data. One is Spokeo People Search (link).  Note the tagline, "Not your grandma's white pages."  Another was (in 2007-2008) NebuAd, whose large customers pulled out after controversy  erupted over its consumer tracking practices  (as in this [website url] story on Wired in May 2009).
Andrews notes that the law, in the area of evaluating online reputation, has not evolved the way it has in the area of credit reporting, where there are legally-driven procedures (however cumbersome) to fix errors.
Furthermore, most of what has been written about online reputation (as with Michael Fertik’s “Reputation.com”) focuses on material that people post about themselves, especially on large social networking sites, or what others post about them.  Andrews is concerned that the problem gets much deeper, into the ability to track and spy on surfing and searching habits.  Of course, this is what the “do not track” debate” (along with recent browser improvements to opt out of tracking) is all about. Of course, we all know that people sometimes create serious security (in both the digital and real worlds) problems for themselves and sometimes other family members or other cohorts by what they post online (especially when "friends" really are "enemies"), and that (when gratuitous) sounds like a potential insurability problem.  And I've been covering the liability risks (downstream and direct) heavily in recent months.
There seems to be almost no recourse when people lose job opportunities because of “online reputational” issues, and employers sometimes seem unconcerned as to whether they could have identified the wrong person, or whether allegations by others are even true.  There is a presumption that everyone is absolutely accountable for his own reputation, no matter what.
On the same printed page in the Times today, there is a piece by Somini Sengupta, “Should Personal Data Be Personal?”, link here.   The author points out that Europe is much stricter on privacy than the United States, which has no comprehensive law on the use of online data (even though the US has detailed laws on credit data and health care [HIPAA] info).
Sengupta mentions a new book by Rebecca MacKinnon from New America Foundation (Basic Books), “Consent of the Networked”, with an excerpt on Slate here.  I’ll obtain and review this book soon.    MacKinnon apparently is making the point that, in practice, digital privacy does tend to concern a minority of people due to circumstances beyond their control, and these people the law should protect.
Even so, the Internet world needs to be able to inform itself about consumers in order to have a viable business model.  Just as with SOPA (downstream liability issues), overplaying privacy concerns about tracking could make it unprofitable for companies to continue offering UGC (user-generated content) publishing services.

In conjunction with this article, it's interesting to note that some people have become much more sensitive about being photographed in public or even at discos in the past six months or so, because of all the attention to the privacy debate, photo tagging, and tracking.   Maybe there's more reason to be concerned than I had thought.  The new Fox sci-fi film "Chronicle" (movies blog, Feb. 5) actually weighs in on this point.

I’ve written before that I came upon the entire online reputation issue from a Web 1.0 environment, back in the 1990s, and saw it as a potential “conflict of interest” issue rather than an existential threat to all potential  source of livelihood.  When I became active online, one could still lead “double lives” online and in real life, and that was somewhat accepted by employers.  That seemed to change around late 2005 or so, particularly once MySpace was popular and Facebook was starting to become visible.  I’ve already documented (July 27, 2007) what I ran into. (And I think there is even more to this now; I think I had been getting assignments canceled at one other place the preceding Spring because of web exposure, but it was all under the table). Starting around early 2006, some career coaches (like Tory Johnson and Mary Ellen Slayter) started talking about "personal online presence and professionalism" and "cleaning up digital dirt", not even questioning the problem (and paradigm shift) from a broader ethical point of view.
I entered the world of “global citizenship” and “self-broadcast” after a particular epiphany in 1994 (in my own thinking) while “on the road”.  I was already 51 then and understood that fundamental decisions about professional direction might have to stand for the rest of my life.   I could be blackballing myself for life from some things.  But, I might not be around forever anyway.  Still, as my life unfolded (and got into a sensitive eldercare situation), my new (and possibly irrevocable, eventually) self-broadcast strategy was very risky, rather like a gambit in a chess game.  I might have considered becoming a math teacher as early as 2003, but that (given the Web 1.0 world as it was) would have meant my taking everything down.  Then how should I have behaved once social media appeared?  I don’t want any employer or industry to “own” my online presence. 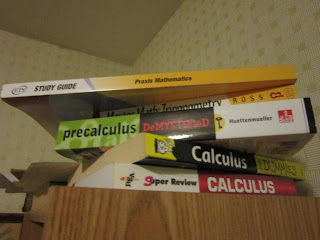 Had I gone into teaching, I would have faced other questions.  Despite decades of disuses since graduate school, I might have gotten my sharpness in analysis and modern algebra back, enough to teach AP; but I probably (given the climate when “No Child Left Behind” passed) would have been pushed toward lower grades and even special education.  When I didn’t have kids myself, I didn’t really view this as an accomplishment.  I never had.  So this could have amounted to a risky “course-change” too.  I was "needed" but was I "welcome"? The outplacement company had no clue.

Donny Deutsch has a video for AOL on "individual branding" and online presence, which stays forever. He says that Madonna and Donald Trump both have outstanding online brands, Sylvester Stallone doesn't. "You have to be constant as to who you are."  Deutsch worked with Trump on "The Apprentice."