Some university coaches require athletes to friend them; more on Section 230 and chat site 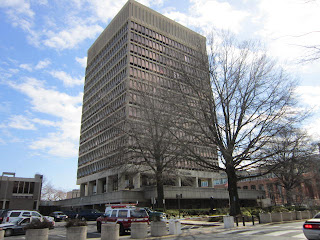 Today, television station WJLA in Washington DC mentioned that a few college football or basketball teams have coaches that require that players friend them on Facebook and/or allow them to be followed on Twitter.  The Maryland legislature is considering legislation to ban this practice at the University of Maryland, but it also happens in North Carolina.
There have been a few cases where government or university employers have demanded the Facebook logons and passwords as part of the application process.
In another matter with Facebook, I’ve noticed that sometimes people are offended by the posts of others because of not grasping the context or purpose of the post.  A friend recently posted  on his own public Facebook page a parody of a fictitious Fox poster that would be perceived as offensive to African Americans, in order to make fun of Fox for the views of its news staff.  At least one person was offended, complaining that the post simply made “offensive attitudes” held by others seem more credible, and found this a matter of gratuitous publication, and defriended my friend.   There is a view that is emerging, that the repetition of slurs made by others “to show how bad they are” actually is going along “with the enemy” and is really just a kind of self-indulgence.
One other matter, WJLA tonight made a report on the dangers of minors using “Chatroulette” and noted that Section 230 protects the site, as if it were wrong that the site owner shouldn’t be liable for what the posters do.  Demands for playing “brother’s keeper” keep coming back.  More about this if I can find out more specifics.
Picture: Massey Building in Fairfax VA, where I got my "sales tax license" in 1997 when I self-published my first book.  A gay marriage rally was held nearby today.
Posted by Bill Boushka at 8:31 PM