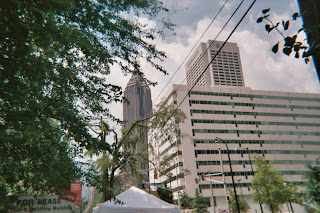 CNN is reporting this morning on the First Amendment ramifications of “WorldHipHop.com” of a brutal gang beating in an Atlanta working class neighborhood (the “Pittsburgh area”) of a gay man outside a bar.
The link is here.
There is a practical question: do sites like the one named encourage violence for publication, or do they help police track down perpetrators?
Legal contributor Paul Callan spoke this morning on CNN and explained again that the First Amendment protects speech as long as it is not obscene (or child pornography).  He pointed out that if publishing of videos with hate-directed violence (which might well be racial or religious instead of anti-gay) were illegal, then maybe legitimate networks like CNN couldn’t report it or show clips of it.  A similar line of thinking would be used against dissidents overseas.  Indeed, in legal circles, when laws prohibiting disturbing or harmful (to minors -- COPA) content are contemplated, there appears a secondary question with content "about" the issue, which some people have trouble understanding.
I suspect Jeffrey Toobin will comment tonight on AC360.
Again, in the US Section 230 may protect the website for secondary liability for what is published if it is inciteful. (There’s an issue with “fighting words”).  There is a case in Italy where YouTube was held secondarily liable for a hate video.
This issue is a toughie, a weighing or principles and practical risks to people.
YouTube says it takes down hate videos if they are brought to its attention, and that such content violates its TOS agreement. This is an example of "journalistic ethics" with "amateurs".
I was threatened once on the streets in Minneapolis and walked away unharmed (in 2002); a similar incident happened in NYC in 1977.
CBS Atlanta has a detailed account of the story here.
Posted by Bill Boushka at 7:52 AM