Outline of how a preliminary "Do Ask Do Tell" documentary would be set up (hint: like a lab notebook, or a plane geometry "proof")) 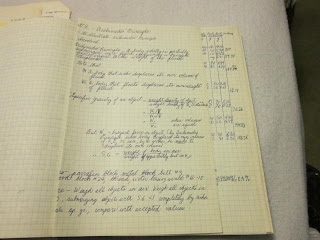 I remember the Saturday morning physics lab in my first (1962) college physics course (not counting WM).  Each lab started with a hypothesis, which was supposed to be validated by the experimental results.  The instructor was very strict as to how the lab notebooks were managed, not allowing erasures of data. 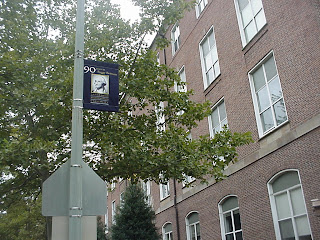 A typical experiment that sticks in my mind was “Archimedes Principle”.  I remember we had to redo that one on a “Laboratory Examination II”, and I recall having trouble knotting the string that held the objects underwater.  The undertone of what the principle means (say on a soap opera) could be interesting.
The lab notebook “database record” would typically comprise a conjecture (or hypothesis) as stated and written in the notebook before coming to lab, and then a number (that is, an “array”) of experimental observations, some statistical calculations on the observations (like mean and standard deviation, expected error), and then sentence of “strong inductive reasoning” establishing the likelihood that the Principle really is correct and that Nature really works this way.  We can go from here to discussions of the Scientific Method, or of the null hypothesis.  The mincing details (written in cursive penmanship in ink) of some of these experiments seem a bit silly when I look at the notebook today.
Now, think about the “proofs” of theorems or exam or homework problems back in plane geometry. There was a “given” (conditions) and “to prove” (a conjecture, often written in abstract terms).  There would follow two columns of successive statements and reasons, leading deductively to the original conjecture (often restated with specific variables).  In most “graduate school” mathematics, the two-column approach would be dropped and proofs would be written as free-response essays (familiar on AP, SAT, and SOL tests).   But the concept still remains columnar and potentially visual, possibly lending itself to filmed  (YouTube) lectures on smart-boards.
Okay, we get to what I want to make my “preliminary” video about.  That is, it will amount to an "annotated bibliography", in a logical sequence, about the challenge to hyper-individualism that has evolved in the past dozen years or so.  Specifically, I think that “those of us who are different” may face being compelled to accept the goals of groups around us more than we have had to in the recent past.  Particularly, we will be expected to have a stake in people in the future.
My approach is to start with a series of conjectures, which I call “Type 1 Statements” (code Black).  To “prove” the conjectures (think of them as a multi-part theorem), there will follow a bottom-up sequence of Type 2 statements (code Purple, validated mostly from established studies), Type 3 (code Red statements about what has typically been expected of me; 3b, code Orange, statements about what others think I expect of them); Type 4:  (code Blue) detailed collections of facts from third parties, and Type 5 (code Green), personal facts or incidents, which may come from any of my three books or blogs (with a coding structure to show this source).
Generally, the “statements” are established by “strong induction”. Where possible, third party sources from established, reputable organizations or authors should be used, such as would be accepted by Wikipedia.  This is typical bibliography or footnoting in term papers.  But sometimes personal incidents are used.  In my case, there are some chains of events and thoughts that can lead to rather alarming tentative  conclusions.
A good example of “strong induction” would be a number sequence question on a job application test (like given by the Post Office or TSA) where you have to predict the next number in a sequence.
I’ll mention a famous theorem as something you can remember “proving” high school, with “statements” and “reasons”.  The Khan Academy has a typical video that takes you through the process, although informally (and with a little verbosity).  For amusement, instead, you can watch this very “visual” Origami proof done by making paper airplanes:
Here’s one example of a possible “statement structure”.  One of my conjectures is that people will have to accept living and consuming more “locally”.  This is an important concept in “sustainability” circles.  I have a slide that gives accepted “Biblical” evidence. I can provide slides that talk about excessive per-person consumption in the West, particularly in matters such as commuting and car rental when traveling. But then I can provide counter-examples.  In developing countries, people live “locally”, but so much so that they have public health problems which can spread beyond their communities (as bird flu viruses transmitted among household poultry and then other animals). 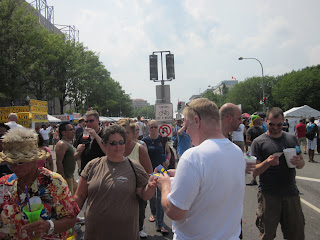 The “preliminary conjecture sequence” contains a statement to the effect that homosexuality tends to be viewed as a proxy for “outlierage” or “being different”.  That is to say, non-conforming sexual orientation gets associated with a disinclination to accept the values of others in a family group, revolving around an expectation that everyone, partly in connection with procreation, becomes involved with meeting the real needs of others in the group.  Homosexuality and Outlierage could be viewed as overlapping geometric figures (circle and square) with the same area, but with each having spaces not included in the other.   This sort of reminds me of the way the “areas” proof of the Pythagorean Theorem is “motivated”, as in many YouTube videos.
The sequence of statements would need several key sequences: one within the Type Codes, another in the "logical" bottom-up sequence of a "proof", and the last, in presentation in film, where the "reasons" will be embellished with interviews, comments, references, photos, or even acted skits of incidents.
In the modern world we have become used to an individualized form of personal responsibility as driving most moral principles.  But throughout most of our history, homosexuality has been treated outside of this way of thinking, and that deserves explanation.  I made a coordinated post about this today on my GLBT blog.  The libertarian model generally provides a simple model for gay “equality”, and its rejection by many still today makes us realize that “equality” and “complementarity” are far from the same things (but they still can overlap in Venn diagrams).
There is, indeed, something alarming (to me) about the way I have been approached to become involved in meeting the direct personal needs of others even thought that my subsume my own personal public identity (especially online, given today’s social media climate).  And I’m alarmed about the implications of my refusal to become involved some times (inasmuch as I did not form a family of my own "domain", largely because of problems with "gender competitiveness").  This leads me to consider, in decades long past (such as at William and Mary and then at NIH in the 1961-1963 period) the “meaning” of my fantasies and of what “I was attracted to” or “excited by”.  There is an aspect of me that likes to see virtue and that doesn’t want to get drawn into something that I don’t see as “good” and that itself has disturbing implications – the old “Knowledge of Good and Evil” problem.  I realize I can face new "existential" questions at any time and want to preempt these possibilities by laying out the potential questions myself. 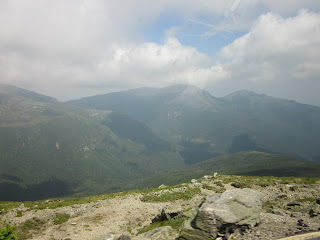