How "broad" is piracy problem? 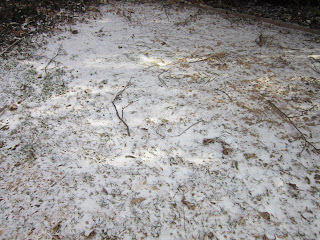 A prominent NYC venture capitalist, unable to watch a Knicks game legally from Time Warner because of a contract dispute, simply streams it illegally.  And the entertainment industry calls him a “pirate”.
In the meantime, a noted entertainment lawyer admits, Hollywood really doesn’t know if the sky is falling.  Remember, in the nice Disney film, Chicken Little’s own online reputation gets smeared when he blogs as such.
Most of the theft doesn’t take place to get around availability problems, the industry says.  I would even disagree.   Still, a lot of classic films don’t have rentable DVD’s yet (like “Saratoga Trunk”, the last time I checked).
The New York Times Business Day story (“The Piracy Problem: How Broad?) by Jenna Wortham and Amy Choznick is here  (Thursday Feb. 9).
The story reminds us that the YouTube-Viacom case is still under appeal, and it could bring back another battle on downstream liability if YouTube loses, although Google is taking some responsibility, as far as practical with automation, with Content ID.
A Viacom executive said that Silicon Valley executives don’t have the same respect for artistic or motion picture content, normally covered by copyright, as it does for technological innovations normally covered by patent.
Yet, it’s hard to say the most bold ideas in media and technology are either.  Mark Zuckberberg’s ideas about the power of social networking technologies are more a vision than either content or invention. Jimmy Wales’s idea of indexing knowledge is likewise more like a vision. I fall closer to the latter category.   Probably Steve Jobs fits the idea of “hard core” innovation that meets anyone’s idea of deserving intellectual property rights protection (or so would Bill Gates).
This is mine: “Lake Effect Snow”.  It can't possibly infringe.
Posted by Bill Boushka at 2:17 PM