Facebook's privacy settlement with FTC gives it (and other "legacy" social media) advantage over newbies; Google's changes need to be looked at carefully 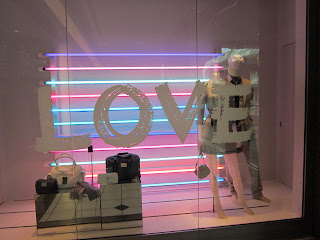 In The Washington Post, Cecilia Kang writes that Facebook’s settlement with the FTC, where it agreed to supervision and audits but does not admit wrongdoing, may give it a huge competitive advantage over other companies that try to start social networking sites, even more targeted networks (in certain busiensses) or networks with innovations that limit maximum number of friends.  I would question that it hurts Google+, which is probably impacted favorably (if indirectly) by the agreement.
The problem is that the same privacy oversight that Facebook must follow now will be much more onerous for new, smaller companies that cannot afford big-time legal help.   Again, it’s an example where government regulation favors legacy players (Facebook is already “legacy” in social networking just as Hollywood is legacy in the movies).  Make the metaphor with SOPA, please.
The link for Kang’s story is here.
Microsoft has also slammed Facebook on privacy.
In my view, the privacy and “do not track” debate have a lot to do with protecting the more vulnerable users.  The majority of Facebook and Twitter users probably don’t run into major or even minor issues. But for people in sensitive business or family situations, not always of their own choosing (and for minors), the potential conflicts can be serious.

Facebook is making its "Timeline" mandatory for all users very soon (putting some in a comic bind), and now tells you every day if you have been unfriended.
As for Zuckerberg’s expected IPO – will it show up in my own portfolio?  On Wall Street, as everywhere else, it helps to be cute. 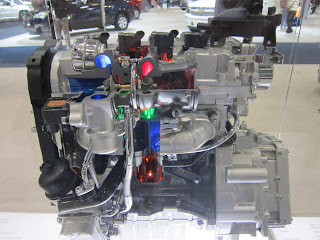 There does seem to exist a backlash against Google's new "simplified" privacy policy.  Marketing Land has a poll (link) saying almost two-thirds of users say they will cancel their entire user accounts, which could make Blogger much less effective. I doubt that most people will.  As with Facebook (including the mandatory display of TimeLine), the changes probably don't affect most people, if they've behaved prudently.  (Remember Eric Schmidt, about "maybe you really shouldn't be doing that".)  They could affect people in unusually sensitive situations.  Note that deleting an entire account (making that more conspicuous is apparently part of the privacy policy) is much more drastic than deleting individual applications, and cannot be undone (except for a short while if by accident -- see this answer).

Google will require new users to enable Google+ and encourages existing users to do so.  I probably will soon, but I don't have time to "monitor" so many lists of friends and followers.  I find it convenient to let all my tweets appear on Facebook, because I would want "friends" to be aware of them.  I don't write highly personal tweets.

I still wonder if employers will start telling some associates how they must manage their own Facebook, Twitter and Google accounts, because there are implications and potential conflicts for some business situations.
Posted by Bill Boushka at 7:03 AM