According to new book, sites have been shut down by ICE for infringing hyperlinks (without hosting the content themselves) 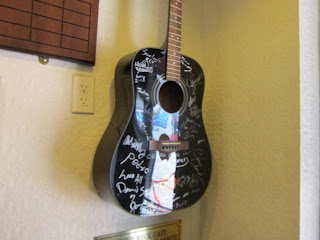 Today, a new book by Rebecca MacKinnon, “Consent of the Networked”, arrived, and I wanted to note one major point made on page 103 right now on this blog, before review.
MacKinnon is discussing the shutdowns of some sites about a year ago by ICE, Immigration and Customs Enforcement, under existing law (which I have generally supported).
One site, “dajazz1.com” (called “Splash”) is reported to have been shut down despite having implicit  permission in emails from employees or rights holders (and resellers) to use the content. So there is a due process issue here.
Worse, a few sites seem to have been seized for merely linking to infringing content, when they did not actually host the content. These include “onmash.com” and “Torrent-finder.com”.  One of these discussed the way to order the material from iTunes.  Major search engines, of course, link to infringing sites and do not get taken down (because they are not “dedicated” to infringement).
It’s particularly dangerous if the government takes or sanctions private actions against sites or blogs for links only. This would certainly raise a question about embeds.
I had believed that links alone cannot constitute infringement; they are considered like bibliographic footnotes.  I thought this had been settled in 2000.
Posted by Bill Boushka at 3:24 PM