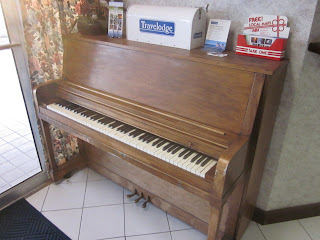 The Wall Street Journal has an op-ed on p A19 (yes, I paid for a hardcopy paper today, cheers) by Professor Stan Liebowitz, a University of Texas professor of business, “Internet to Artists: Drop Dead” (aka “Ford to City: Drop Dead”, 1975), link here (paywall).
He argues that more convenient marketing innovations (like the iTunes legal per-song downloads for 99 cents) don’t really reduce piracy losses, and that the DMCA Safe Harbor interferes with preventing piracy because the takedown process is slow and can easily be outrun by pirates. 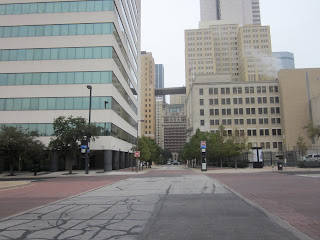 Liebowitz has papers on the Social Science Research Network, such as one here (purchase) that supports the idea that MP3 downloads (apparently when legal) suppress sales (link).  Typically in the classical record business, I know that MP3 files with accompanying PDF program notes are often cheaper than CD’s, but many consumers prefer them because they can back them up in the Cloud, and don’t take up physical space in a home.  Musicians tell me that generally they like to sell by mp3.

Liebowitz doesn't see the piracy problem as particularly correlated to foreign hosting.
The other area where there was negative news suddenly yesterday was again in the area of third-party online reputation tarnishment and in stalking, as on ABC Nightline last night (link with video here). 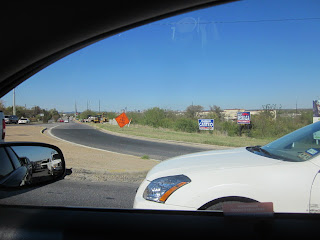 You can’t make the world “safe” (even for “Marathon Man” visiting the sadistic dentist) without creating “barriers to entry”, or at least maintain those naturally in place from the past.   Where to look for examples?  Professional sports is a world where obviously “barriers to entry” are very high, but where “winner takes all”.  We can’t all become Stephen Strasburg or C.C. Sabathia.  But we can all (more or less) become publishers on the web, at least for now (even if bloggers don't get hundred-million-dollar contracts).  That could change, although fortunately Congress is backpedalling for now on SOPA and PIPA (the courts could still reverse the momentum back toward established media in Viacom).  Of course, only the “best” bloggers, videomakers or other self-publishers will make money or at least be noticed.   Not exactly, though. “Merit” is no predictor of what goes viral on the web.  Barriers to entry “for safety” exist everywhere, such as getting on an airplane.  Logically, something is worthwhile only if there is a finite supply of it.  Logically, “getting published”, which used to be a lot harder when controlled by legacy gatekeepers, still is only meaningful when there is an upper bound on the amount of media put out there for everyone to see.  You could see this "reasoning" extending to access to knowledge (Wikipedia) at all, as if knowledge ought to correlate to earned (or inherited) social hierarchal or familial position.  Somehow this reminds me of Liousville’s Theorem (in Complex Analysis), which I had to prove on my Master’s Orals at KU in 1968. 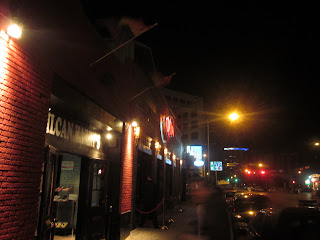 The “safety net” is what would burden everyone with his own agenda to accept the supervision of others on the Web, if draconian measures to crack down on abuses on the Web were really enacted. On the other hand, ordinary users are not really the cause of significant piracy.  It is specifically operations of mass uploading and downloading of whole works and encouraging some elements of the public to consume them (rather than purchase from legitimate sources) that does.
Liebowitz sidesteps the idea that pirated or illegal materials advertise materials, that consumers will eventually purchase legally what they can afford to pay.  For “The Artist” (at least a new artists), business models and legal risks cut both ways.  New artists need to self-publish to escape the gatekeepers, but then they need to get consumers to pay – and many consumers simply cannot afford to.  They have survival concerns and families to feed.
Posted by Bill Boushka at 10:46 AM