SOPA/Protect-IP: how "real" is the danger to services enabling user-generated content? 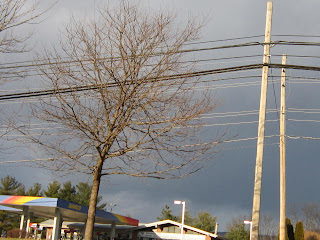 In the last couple of months, I’ve looked at both sides of the SOPA/Protect-IP matter, and presented them here.
It’s not easy to say where the “truth” lies right at this moment.  But I can make a few observations, particularly in response to Lamar Smith’s defense of his own bill (Jan. 4).
First, it’s really hard to believe that the bill really would save many traditional  legacy jobs in the movie and music business.  Most of these jobs still go away because of other volatile economics and because of the frequent mergers in these businesses.  My own experience, with people I know, is that people interested in valuable media content will pay a fair price for it as long as it’s convenient and efficient for them.  It is true that people troll subways and streets in lower income areas (especially in NYC) trying to sell pirated DVD’s of hit films cheaply (and some people make a “living” on this), but the purchasers of such products probably cannot afford $10 tickets and $24 DVD’s and simply would not consumer the items at all.  It is a bit mystifying, however, that considerable piracy has been reported even with independent film, as I have covered on my Movie Reviews blog.  Piracy is reported to have jeopardized the release of some films. Generally, I would not think these films to be well-known enough to have attracted piracy.  Wolfe Video, a significant distributor of LGBT films, warns consumers about the problem  (as a threat to LGBT film) on its DVD’s.  I will try to find out why this is happening.
Likewise (second), in the music business, content owners need to offer consumers material in smaller singles, as with the iTunes model, which does work economically.   I have contact with the classical end of the music industry, especially in NYC, and try to get more input on how these folks encounter the problem.
Third, the biggest concerns from SOPA seem to center on how it could affect large sites that offer video, photo, music and text publishing services on their domains.   Google and YouTube may have a handle on the problem, but other sites (like Vimeo and Flickr) would seem to be exposed to serious vulnerabilities in the blacklisting “undue process” which unscrupulous content owners and copyright trolls could (and will) exploit, particularly given the idea that only a few infringers might cause shutdowns.  Imagine what a Righthaven would try to do.  It may be that the “blacklist” process can be tightened.  But other suggestions, such as restricting to only “foreign” sites, may not work as most publishing services are international.  Almost any service provider will have to set up a process to exclude sites on the “Blacklist”, exposing site owners to the possibility of errors.
Fourth, it is true that domestic shared hosting companies might be relatively unaffected, as they are not “sites” that can be disconnected because of the actions of the few (the “Detention Problem”).  Ordinary bloggers (compared to search engines) are not likely to be pursued for linking to blacklisted sites, other than perhaps prohibited from deliberately bypassing DNS and hardcoding IP’s.
It is true that technology can  automatically (that is, with cost efficiency) prevent some infringement, and YouTube already uses some automated procedures that trap some potential piracy.  The legal environment would need to make sure that this does not lead to increased downstream liability for problems that are not caught.
This whole issue needs to be watched very carefully.
Electronic Frontier Foundation has an article Jan. 6 by Trevor Timm, “The Truth about the Economics Behind the Blacklist Bills”, link here.  William Patry’s recent book “How to Fix Copyright” would add to this argument, especially Patry’s arguments about the resistance in Hollywood to abandoning its model of artificial scarcity and the role of gatekeeping (books blog, Jan. 3).
Posted by Bill Boushka at 11:41 AM