Since the Universe is "young", our civilization may be an "early experiment"

Charles Krauthammer has a dark-hued perspective in the Dec. 31 Washington Post, “The Fermi Paradox: Are we alone in the Universe?”, link here.
It seems to me that “intelligence” – especially when there is free will – is a “natural” development (“evolution”) that the Universe (or Creator) has to counter entropy (the Second Law of Thermodynamics).  Matter tends to “organize itself” into intelligent (and "reproductive" -- again, to counter entropy) forms given enough time and the right conditions.  There may exist many sets of possible “right conditions”.
Even on Earth, we’ve evolved, in convergent fashion, another animal with about our intelligence: the dolphin (including the orca). The only reason it can’t compete with us is the lack of hands with an opposable thumb. Eons ago, cetaceans “decided” it was easier to eat if they returned to the ocean as mammals. That could have been a mistake.  Dolphins provide a meaningful experience of “alien” intelligence. They deserve more reverence than they get.
Perhaps a conscious entity, capable of free will, is an “object” that cannot be destroyed, any more than matter or energy. Perhaps it must evolve to some sort of godhead. I am 68, and even though I have twice experienced the interruption of consciousness from general anesthesia, and experience “Inception” when I sleep, it is still hard to conceive of simply not existing after death.  There must be something.
My mother passed away at 97, slipping away gradually during the last year of life, the last four days in a Hospice, barely conscious at all. It’s hard to conceive of this. 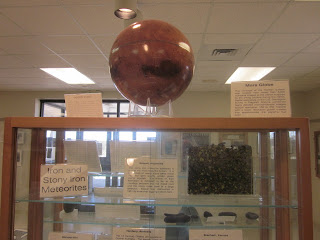 Krauthammer believes there is an irony that intelligence can quickly self-destruct. (He alludes to the Cuban Missile Crisis of 1962.)   But remember that the Universe is relatively young. Ours may be a relatively early advanced civilization. Perhaps there aren’t many now in our Galaxy.  That would be disappointing.   (I’m concern that the long-lived M stars like Gliese, only 20 light years away with many planets, are now said to have unstable output, and by reports that planets in tidal lock – probably quite common around smaller M stars – won’t have magnetic fields that protect them and protect life.  Maybe we’re still missing something.  Civilizations could move to them for “political” reasons that I can think of, but they’d have to come from more Earthlike places first.  If we terraform Mars, the lack of  sufficient magnetic field could make a new civilization there difficult to sustain.)  Over many billions of years, after our Sun has become a white dwarf, there will be many more. Eventually they will learn to connect and master higher orders of creation, like black holes.  If that takes 50 billion years to happen in our part of the Universe – even after galactic collisions – is that so surprising?
Wikipedia attribution link for diagram of planet orbiting Gliese, probably tidally locked.

Yup -- if a civilization sets up "Purgatory" on a tidally-locked planet around a star like Gliese (in the transition ring), will it allow Facebook access to its transplanted residents?

(Note: search html-title of posting has typo 'or' instead of "our".)
Posted by Bill Boushka at 5:51 PM