Should government prevent publication of dangerous information when unclassified? What if bloggers have the info? 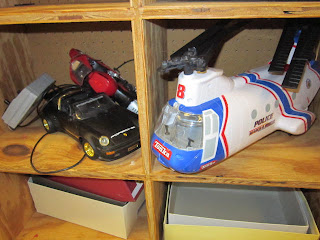 On Sunday, January 8, the New York Times ran a stinging editorial, “An Engineered Doomsday,” link here.   This refers to the engineering of an arbovirus / zoonosis H5N1 virus (easily transmissible from animals to humans and then to subsequent humans), when most H5N1 viruses today are not easy to transmit to subsequent people.  (I covered this before on the Issues blog Dec. 20, 2011.)
One can wonder why these experiments weren’t done under US or NATO military security under highest levels of classification, then the concerns over publication would be moot. But apparently they weren’t, and the government wants to throttle publication ex post facto.  Out of unusual concerns about the possibility of leaks, the liberal New York Times agrees.
Normally, a virus of this kind would be kept locked up under strictest security at Fort Detrick, in Frederick MD; but in fact that facility is far from perfect on security, as we know from the “Bruce Ivins” mess.
There is a legitimate need to keep some small minority of government materials away from the public.  High level security clearances are appropriately a major employment issue. Even so, overclassification has become a serious problem, diluting the credibility of the government’s need to keep some materials secret for legitimate national security reasons.
In any case, the NY Times boldly argues, regarding the proposal for some journals to publish the findings on the artificial H5N1 in redacted form, “we doubt that anything at all should be published, but it is clear that something will be.”
A much broader problem is that “amateurs” do publish material on the Internet that sometimes others can use for harmful purposes.  My mother used to call this “giving people ideas”, although I think most of the time the people know the ideas anyway.
It is possible for bloggers like myself to come across materials that probably should have been classified and that would be dangerous in the wrong hands.  This possibility complicates the arguments about whether bloggers should enjoy the same privilege of withholding sources as establishment reporters.
On at least three occasions, I have received unsolicited information by email that was credible and obviously sensitive.  On all three occasions, I have called law enforcement and refrained from publication.   One situation resulted in a 20-minute phone conversation with an FBI office in Philadelphia, back in 2005.   I simply regard this as part of the “See something, say something” advice from law enforcement, regarding materials that could point to possible terror attacks.
Posted by Bill Boushka at 5:48 PM