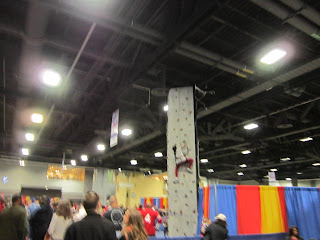 Edward Wyatt has an important story in the Sunday Jan. 15, 2012 New York Times, “White House says it opposes parts of 2 antipiracy bills”, online link (paywall) here.
The Obama administration is reported to be most concerned about any tricks played with the DNS system, causing registrars to unlink domain names from IP addresses, partly for security reasons.  It appears less concerned about the provisions concerning search engines, advertisers or paying entities.
The New York Times story has some language (perhaps imprecise) that is a bit alarming. It mentions “a measure that would force Internet service providers to block access to Web sites that offer or link to copyrighted material.”  Merely hyperlinking to infringing material from a blog or conventional web article would not trigger the law, as I understand it.  Then later it mentions provisions that prevent “American search engines like Google and Yahoo! from directing users to sites that allow for the distribution of stolen materials.” Again, in theory, it sounds as though a search engine could be prohibited from displaying a site, even an amateur one, that has inadvertently allowed subusers to post infringing materials.  This is what I have called the “Detention Problem”, following the model of punishing a whole class for the sins of one person.
It isn’t clear that would really happen to larger services (YouTube, Vimeo, Flickr, etc.) but the language seems to allow it and it is indeed difficult to narrow the legal language with confidence.  This may be a case of trying to prove a negative (or, as mathematicians say, prove that something doesn’t exist, by contraposition), and presents a problem with all legislation of this nature.
In the worst case scenario (because “there exists a case where ….”), a service allowing me to publish (like Blogger) would have to review every posting I made to make sure it couldn’t infringe. Obviously, a service provider could no longer allow “amateurs” to self-publish on the Web in such a legal environment.  I would have to prove I could compete in the older “winner takes all” world.
Ironically, I’ve been planning recently to submit a novel and screenplay(s) to conventional agenting sources.  But I’ve been expecting to use my online presence (using the Web as it is now) as part of the strategy.
It's important to note that the government has some ability now to shut down sites selling counterfeit goods, under ICE (Immigration and Customs Enforcement) at the Department of Homeland Security (for example, the DHS press release from Nov. 2010 here).  I've actually known people who worked at Customs in I.T.
Posted by Bill Boushka at 4:25 PM