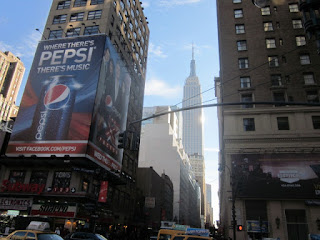 Several newspapers (including the New York Times and Washington Post) and the Associated Press have been collaborating to create a system called “NewsRight” to license news stories and track possible infringing use of their news stories.   It's ironic, for me at least, to learn of the story the day before the big "SOPA Strike".
Mashable has a story from Jan 5 by Zoe Fox, “A Game Changer for Online Journalism” but is not very specific, link here.
Bloomberg has a story Jan. 5 emphasizing the concerns over sites that automatically scrape whole stories and surround them with ads, link here   The implication is that newspapers are not so concerned with mere linking, by bloggers who then add their own commentary or perspective.  Some stories, especially on television station sites, say on AP stories that they may not be “rewritten”, but generally paraphrase, unless very close, is not considered copyright infringement.
The Online Publishers Association has a story here.
“Paid Content” (story) says that the News Right system will serve over 800 newspaper sites soon. It won't lead to trolling or mass litigation, the new company says.
The issue of “Fair Use” in reproducing entire stories has become controversial, as we know from the Righthaven “mess” and copyright trolls.
Back in 2000, the issue of hyperlinks was more or less resolved, because courts said that hyperlinks alone were like bibliographic footnotes in a term paper.  Companies already have the easy ability to control whether they want their videos to be embeddable.
NewsRight has a website under development here.
The AP has also said it will not track users who have “do not track” options turned on in browsers.
Posted by Bill Boushka at 10:00 AM