Don't forget Viacom-YouTube case is still under appeal; newspapers weigh in on the philosophical gap among legacy, Internet business and legal models 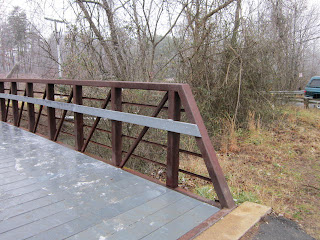 Today, the big Sunday papers offered some philosophical tomes on the recent “food fight” between legacy media and new Internet over how to control piracy. In the New York Times, Business Day, p. 4 (Jan. 22, 2012), Amy Chozick offers “A Clash of Media Worlds (and Generations)”, here.
She quotes Silicon Valley attorney Michael H. Rubin as saying, “Incumbent industries choose legislation and litigation over innovation.”  She also reminds us of a dangerous detail, that Viacom is appealing a federal judge’s ruling against imposing downstream liability against YouTube because of commonly held interpretations of DMCA Safe Harbor, in a manner that parallels the provisions of the 1996 Telecommunications Act Section 230 (which is normally used in a libel context rather than copyright).  PBS has an article by Rob Arcamona, July 2, 2010 (shortly after the ruling) explaining downstream liability limitation in detail here. It would make for a good Frontline program.   I don’t know when an appeals court would rule on Viacom, but I suppose it could come in early 2012, perhaps by spring.  If Viacom were to win, we would be debating, probably in front of the Supreme Court, the ethical and legal ramifications of downstream liability (for user generated content containing infractions) while Congress might be recycling PIPA or SOPA.
In the Outlook section, p B1, of today’s Washington Post, Rebecca MacKinnon writes a piece, “Why doesn’t Washington understand the Internet?”   The online tagline is “Can Congress and the Web get along?”, link here.  Only recently has Silicon Valley started to accept the idea that it has to learn to lobby and litigate as well as “make law by coding” (Lawrence Lessig’s concept, although that’s practically what Mark Zuckerberg did with his whole adult life!)  A classical musician friend of mine has coined a word for this process, “timocracy”, which will probably stick in the English language.  (Who needs political parties anymore, anyway?)  MacKinnon notes that “To stay safe in real life, we give up some liberty; Online, we’re not ready to sacrifice freedoms”.  Indeed, the possible perils range way beyond piracy, to include identity theft, terrorism (steganography), and cyberbullying.  MacKennon gives comparative histories of the Communications Decency Act and then the Child Online Protection Act (COPA), both of which presented existential threats to freedom of users of the Web that anticipate those of PIPA and SOPA; both failed to survive court challenge.  (Note the rhyme.)  She also notes, in the behavior of Congress to date, “it has somehow become acceptable to pass laws that presume Internet users are guilty until proven innocent.”  Rebecca has a new book, due Jan. 31, “Consent of the Networked: The Worldwide Struggle for Internet Freedom” , Basic Books (link).
Ezra Klein has a simpler piece in today’s Post, a Q&A with Senator Ron Wyden, “A push to protect Internet from a tangled web of piracy bills”, link here. It mentions explicitly the “turn Websites into Webcops” provision.
Remember, the problems of “downstream liability” fall into two phases.  One part is that a “foreign site” could be taken down because of the undetected infringements of a minority of users.  That could be mitigated by limiting the definition of “foreign” much more rigorously, perhaps.  The other successor part is that, once a site is blacklisted, it could be illegal for any search engine to link to it. (Some say that “search engines” aren’t even entitled to prior notification in the bills.)  One problem is that the definition of potential search engine is broad, but it could be limited to those sites whose user searches can actually reach the entire web, rather than go through a compendium (like Wikipedia or even my doaskdotell.com).  Congress has practically admitted that playing with the DNS system (while it would ironically eliminate any potential liability for hyperlinks) could cause another 2008-style crisis for the DNS system (resulting in emergency summer meetings at Microsoft, remember).
Of course, in part, this all sounds like a desire of the legacy media gatekeepers to keep their monopolies (or oligopoly),of the big to exercise their “divine right” powers to make small fry “pay their dues” before being allowed to speak on a global stage and compete for customer attention.  On one level, it reminds us of historical struggles over anti-trust.  On another, it reminds us of a “hidden in plain sight” notion among social conservatives, that people should have personal responsibility for other people (translate as “be able to compete in the protection racket game”) before expecting to have a public voice.  (Add “family values” to all of this. It isn’t hard to see where it leads.  I’ve called all this “the privilege of being listened to”.  Having to police others and play "Brother's Keeper"  would seem to be part of the territory.)  For those who see the world this way, eliminating user-generated content seems like a small sacrifice to protect big media from pirates (and from low cost competition).  Yet, user-generated content really isn't responsible for significant loss to Hollywood. It's wholesale illegal uploading and downloading of whole media objects that does, but Congress and the media companies seem to be uninterested in drawing any lines.
History, after all, could have gone differently since the early 1990s.  Be thankful for Safe Harbor and Section 230, both of which can be gutted. We could easily have wound up with a world of no unsupervised UGC online at all.  And today we wouldn’t be talking about it. Take nothing for granted.
Posted by Bill Boushka at 5:17 PM

Labels: privilege of being listened to, SOPA