Could SOPA affect the book self-publishing and print-on-demand business? 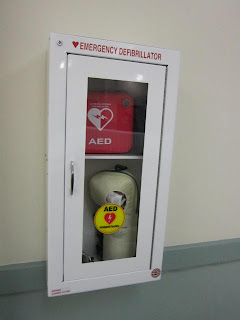 Continuing yesterday’s comments on the “balance” to be struck in SOPA, if some bill dealing with infringing “rogue” foreign sites can be passed at all without unintended consequences – I again come back to wondering if Congress really will put the participation of “amateur” or “newbie” speakers on the Web at risk – by leaving service providers too exposed to unpredictable litigation.
One problem is that some people do not believe that people should speak out public and “globally” without earning the privilege first.  Why?  In large part, because it wasn’t really possible in the past.
The cost of self-publication starting coming down in the 1990s, first with desktop publishing, and then (somewhere around 1998) with the sudden effectiveness of search engines on the Web, in the “1.0” world.  Before the 90s, the “gatekeepers” had pretty tight control on what got “out there”.
This of course begs another question – could SOPA affect the print-on-demand book publishing industry, which largely supports self-publishing or sometimes what is called “cooperative publishing”.
Could a print-on-demand book publishing service get on the “liability hook” for publishing an infringing book accidentally?  Of course, such companies make their authors indemnify them against the “risk” (as a contractual provision), and these clauses have almost never been invoked. The SOPA/Protect-IP world could change that.
One could start asking the question for newer sheet music publishing services, too, since self-publishing among composers has become more common recently.
There are those who maintain that public speech should come only  from those who have “responsibility for others” first.  If something is put it out there, it should prove (through consistent sales results) it can make money to support a family by gratifying other people’s wants.  Otherwise it should come off.   (I still get publisher’s emails and cell phone calls urging  trying to mass-sell copies of my 14-year-old first book.  Yes, it’s still out there, and, yes, I’m passive about it.  I do need something new.)    It seems like we still have a world where it’s about “selling” for its own sake.  Even a Writer’s Digest article once advised self-publishers “Write what other people want?”  Nobody cares about your opinions, it advised.  But, who cares about the Truth?
Posted by Bill Boushka at 4:21 PM

Labels: privilege of being listened to, screed-book, SOPA