Could one sell "online reputation services" and remain a citizen journalist? Conflict of interest? 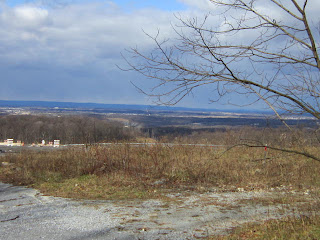 One aspect of “online reputation” deserves some focused attention. That is, a blogger may leave the impression online that he/she has a “propensity” to report on everything “wrong” that he or she encounters in life – in the workplace, in consumer areas, in medicine, in various living arrangements.
I’ve been in the “business” of “citizen journalism” ever since I set up the website to back up my 1997 “Do Ask Do Tell” book, and by late 1998 I was pretty well established in the search engines.
The nature of my material is that I can write about “almost anything” because almost everything is relevant to personal liberty, somehow. (Ask Ron Paul?) So when I go to a job interview, an employer has to wonder: is he going to quit after a couple of years and then blab online about everything he can find wrong with us?   I wonder if that did happen with a particular job interview early in 2003.
In my current situation, I do have some cushion to build the infrastructure to accomplish what I want. More details later. But one challenge is just figuring out how to make things work on my own. That’s a different challenge, but that’s where I am now.
Could I go out, for example, and “sell” reputation monitoring services?  Well, that would be hard to do credibly and report or blog objectively about the “right” of consumers to make complaints online (this gets into the medical service gag order problem).  And it would be hard to be honest about the whole issue of “gatekeeping” as Patry develops in his new book on copyright (review soon).
But would make sense to work with school systems on helping teens understand “online reputation” and how do deal with cyberbullying , for example.
The use of social media, where “microblog” posts can be “targeted” to concentric lists of variously “friended” recipients, complicates the discussion further.  Whitelisted posts are essentially like listserv posts, of limited impact.
Posted by Bill Boushka at 8:12 AM