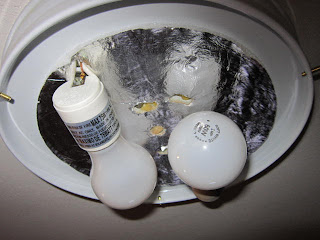 Once again, I offer a perspective on how SOPA, at least in the worst case scenarios, could affect what I do – and take anticipate and take on some existential questions.  This is always hard to do in a blog posting – it’s an ongoing discussion.
One important thing my blogs accomplish is keeping certain critical issues in front of policy makers.  I don’t go away, so they have to be addressed.  I do think that my being “out there” on the Web for 14 years with no supervision and hammering away the way I did was a factor in getting “don’t ask don’t tell” repealed. This might not have been achieved without underlings like me “keeping ‘em honest.” I don’t go away.  A more recent example might be Newt Gingrich’s discussion of the EMP issue in the context of the GOP debates.  It’s not well known, but it’s something policymakers need to pay attention to.  It could be bloggers like me keep them talking about it.
And we’ve said that it is, by and large, the insulation of service providers from downstream liability that makes it possible for people like me to do what I do.  And the anesthesia, however, also makes it harder to stop other abuses on the web, ranging from cyberbullying to piracy. There is indeed a “balance”.
In recent years, I’ve been approached repeatedly to join other people’s causes and hucksterize for them, and give up my own independence.  For me that is anathema.
I’m also, since I have made myself a minor public figure, found myself having to answer, why don’t I enjoy more direct involvement “helping other people” with direct personal involvement.  I’ve said that part of the reason has to do with the humiliation of conventional social combat (related eventually to family continuation and conventional gender roles) and the lack of my own “ownership stake” in social relations in a way I can feel proud of.  A lot of it has to do with “upward affiliation”.
Major media organizations make much more of volunteer opportunities today than they did a number of years ago.  The recent programs last week on CNN and NBC with service awards for selected charities demonstrate this point.  There is somewhat of a “sea change” in the idea of service.  It used to be that a lot of us were lost in our own worlds – and overwhelmed with the demands for overtime at work and issues with family – and paid less attention to needs outside our own lives.  And when we heard about “need”, we could rationalize it away.  After all, it seemed (at least domestically), a lot of people in “need” had made “wrong choices” like trying to get something for nothing (subprime mortgages) or having kids before they were ready to.  It is not as credible to say or believe that today as it had been some years ago.  The rhetoric about “personal responsibility” can mask a general contempt for people merely less fortunate and genuinely expecting a community that they live in to respond to them.
What I see is somewhat of a pendulum swing, back from the extremes of amateurism in public self-expression, and more emphasis on service, meeting real needs – and also more emphasis on a structure that controls what needs get expressed publicly.
The attempts in Congress to mollify the media companies (and their lobbyists) over piracy concerns, can easily mutate into a plan to eliminate “amateurish” competition and re-establish a hierarchy that can control what gets out into the public space.  This can even spill over into the charity areas, where the media companies can display those efforts or organizations which they say are accomplishing the most, and then challenge “people like me” with, “why do you need your own voice any more. We have identified so many needs you could fill.”
The end result of all of the calibration of downstream liability issues on the Internet could be that we wind up with fewer vital companies that offer much less in the way of free expression than in the past, and provide much more structured ways in which people have to “compete” for space.  People could be expected to integrate themselves socially and establish networks based on more limited activity before they are “listened to”, by the way “friends’ circles” work out.  Would this be harder specifically on less savvy older people? Maybe no.  People with fewer "friends" reachable this way might be viewed as having suspect motives or purposes (as to what makes them "tick"). We’re already seeing examples where employers look at candidates to see how well they can attract desirable followings in social media by specific kinds of social "performance" (although this is obviously easier for people who can establish themselves publicly in the arts in the old fashioned way).  Someone like me could be asked, “why do you need your own book or movie review page when Amazon/imdb already offer a controlled framework”?  Owned sites (or individual blogs) could be held to standards of generating earnings (like real companies) or other metrics of website performance (like bounce rate).
That hasn’t happened because right now the ad-driven business models work when there is little downstream liability concern, or when there are reasonably reliable and straightforward ways (DMCA safe harbor on limited content items) to control it. But this could all be changed relatively quickly.
This is not the environment I want to face.
Posted by Bill Boushka at 7:47 PM

Labels: amateurism issue, privilege of being listened to