Online reputation and piracy concerns both threaten to bring back downstream liability; what happened to Media Bloggers Association? 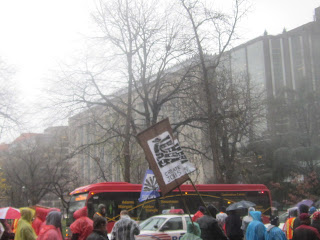 Let me reiterate how essential is the concept of immunity from (most) downstream liability for Internet service providers, publishing services and social networking site hosts for content posted by users.
We could not have the Web that we know today, with the ability of people to post without the approval of third parties, without the immunity.
The immunities reside in two separate areas: Section 230 (mainly for libel), and the DMCA Safe Harbor, which protects service providers if they follow certain procedures upon being notified of specific complaints from copyright holders.  The Safe Harbor does not protect the original content poster, and the party (as we know from Righthaven) doesn’t always have to be forewarned.
The freedom to post has become customary and is taken for granted by a lot of web users, even the media.  This is not a good thing, to presume that it couldn’t be gutted.
Remember, the open Internet creates an environment in which cyberbullying is harder to stop, and in which it is difficult to fix wrongfully tarnished online reputations.  On the other hand, many users, with the proper understanding of things and generally prudent course in life, never run into these issues.
And the music and movie/TV industries, and sometimes newspapers,  are implying that the climate encourages plagiarism and outright piracy, causing loss of income and jobs in these industries.  These businesses have heavy lobbying resources and could cause measures to be put in place that would gut the downstream liability protections.  Generally these industries say that current legal processes are not enough to protect them, and that more comprehensive measures must be available to shut down infringing sites.  They really don’t care if these measures make it impossible for the Web to function as it has in the past. They can use the argument of “real jobs supporting real families”.  Unions are not the friends of the Web here.
Of course, this brings us to SOPA and Protect/IP (again).  The basic problem is that an entire site can become disconnected or disabled (in various ways) by law because of the actions of a minority of users, resulting in indirect pressure to monitor all users.  The laws seem to circumvent the DMCA. The “technically feasible means” provisions do seem to follow only specific notices, which could be challenged.
There will be those who say that “self-publication” or self-broadcast is not a fundamental right subsumed by the rest of the First Amendment.  That’s because until relatively recent times (the opening of the Web in the 90s and the reduction in costs of other forms of publishing and video distribution) it really wasn’t possible, so it wasn’t a factor in how we perceived free speech.  Even I was fooled by this in the early days: when I wrote my first “Do Ask Do Tell” book (1997), I expected sales and buzz by word-of-mouth; I had no idea how critical the Internet and search engines would become (and how quickly).  Before COPA was a law, I had once thought that adult verification on the web would be possible, and had no concept, until confronted by a statute, what kind of a position it put web content creators in.  Likewise, it’s hard to tell if Congress has much of a sense of the position SOPA can put service providers in.  Even the major media outlets have not covered it very much, or very well – as I found out Monday when I talked to a local television station reporter at an Occupy DC protest.  She really didn’t have a clue until I took the time to explain it and she did listen.
Unfortunately, we could still face a situation where lawmakers look at self-publication as expendable, if something has to be “sacrificed” to save jobs.  That is what I fear right now.
The role of social networking, where posts are likely to be aimed at a whitelisted set of visitors, as opposed to broadcast and "public mode" self-posting, does complicate the question.
Maybe the "Keep the Web Open" proposal (yesterday) comes to the rescue. Otherwise, welcome to the world of “I am my brother’s keeper”. 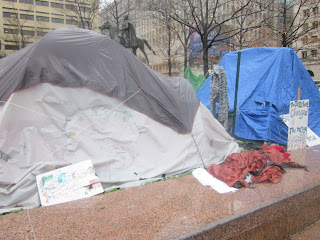 BY THE WAY:  What has happened to the Media Bloggers Association site?  In the past couple of weeks, whenever I go to it, it gives a “forbidden”.   The Citizen’s Media Law Project, which it draws from, seems alive and well.  I had noticed that the MBA site wasn’t getting updated very much since 2008, when it announced the availability of blogger liability insurance, and I don’t have any idea how that has fared. Does anyone know? 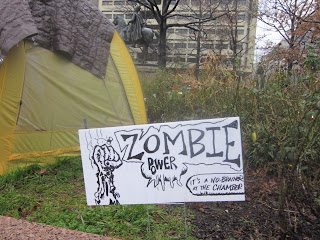 Also, let me share (why I can?) another YouTube video I took of the DC Protests ("Take Back the Capitol") yesterday.  The protests specifically went after the power of lobbyists (to throw others under the bus).  Some people saw this as worth being arrested for.  Maybe I'm too cowardly to face jail myself. Here goes.
Posted by Bill Boushka at 11:28 AM