The high road and low road come back together 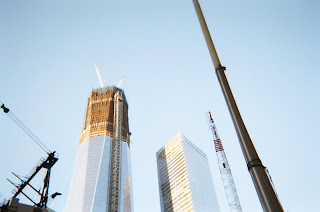 I just wanted to provide another “level” to the roadmap of the video I plan to make, “Do Ask Do Tell”.
At certain times in my life, particularly during my coming of age (pre-teen through college years) and then recently (with my eldercare experience), others have demanded that I “pay my dues” through engagement in activities well outside of the scope at what I was good at, and then have “questioned” my intentions in building my personal relationships.  This incorporates the “gay” angle but also a lot more.
I think I have a right to ask, “what did ‘they’ want?”  And I think that yesterday’s post – about demanding (with some "moral rationalizations") subordination to the meeting the needs of others in a social group led by others , offers important clues.  I did order the book (Corey Robin) and will be reviewing it in due course.
But there are still two pressing, complementary but separate questions.  One: what moral code should guide the lives of those of us who are different – in terms of honoring pre-defined obligations to others, through family (those not mediated much by the economy and not defined by choice, such as “choosing” to have children, which of course begets responsibility)?  The other is, if we have a handle on “what other people want”, how valid is “what they want” in moral terms – let’s say, in its impact on our ability to sustain our civilization?   Call all this "social contract".  And, to be candid, there are those who say that “society” will have to play more attention again to honoring common goals and social structures (even for those who don’t “choose” to extend them) if it is to sustain itself.  And we feel apprehensive about where that could take us.
Most of us – especially those who are “different” – remember occasions from our lives where we have been “called in” and ambushed by something that had been going on behind our backs.  I’ve had my share of that.  In many of these incidents (William and Mary, for example), I can easily point to “failures” of others and deceptiveness or dishonesty on their parts.  But there is certainly a list of incidents, not all of them leading to immediate consequences, where my own behavior was certainly boorish (or rude).  And there were a few workplace incidents (a few in the 70s and one in the early 90s) where lack of maturity showed: I was not paying attention to directions or to what was changing around me, and as a result was careless in the way I handled or implemented something, or set up its support.  No actual disasters every happened, but they could have, and I had to deal with the distraction of vigilance and anxiety which held me back, perhaps. We’ll never know (without traveling to an alternate universe) what might have been, but I think these problems contributed to my being unable to continue my “conventional” I.T. career after the “Big Layoff” ten years ago this month, and they may have made the interpersonal issues of the past few years more sensitive (that is, helped bring them on).  They call it “karma”.
In more recent years, I’ve had to pay more attention to the possibility of having to deal with harm or loss caused by others, rather than myself.   This takes on moral dimensions in a couple of ways.  “Loss is still loss” (a tautology) result of fault.  But we also live in a community where there are really unsettling questions about the legitimacy of the way many of us acquire and horde some wealth and insulate ourselves from the experiences of others (or from empathy).  Regardless of the suspect nature of the demand from those in power that individuals limit their own public “agency” (last post), there is still a deeper question about whether we can simply remain at “arms length” from some people forever. 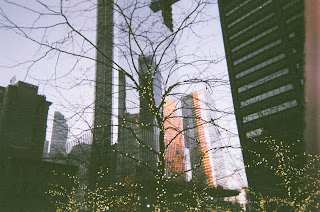