GoDaddy, under boycott, drops support of SOPA; but why had this major ISP supported it at all? What about TOS indemnification clauses? 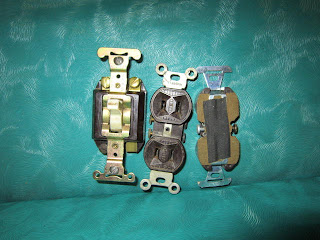 I was a little surprised today by an EFF tweet that GoDaddy no longer supports SOPA. What surprised me was that a major ISP – any ISP -- like GoDaddy has supported it at all. Tech Crunch has brief story (website url link) on GoDaddy’s abrupt change in position.

Timothy B. Lee had written an article for Ars Technica on a boycott by many of GoDaddy’s customers, who were moving over to other ISP’s, link here.

GoDaddy had submitted a brief supporting the bill (link). It would be instructive to compare its arguments to those made by Google

While GoDaddy’s argument, admittedly a bit stern (it brags about the pre-emptive monitoring it does, which is unusual for ISP’s, which typically say they don’t monitor until illegal activities are brought their attention), may sound somewhat persuasive to some, it’s clear that SOPA could leave “ordinary” webmasters open to trollers and frivolous claims, and could leave ISP’s open to unpredictable claims of downstream liability. A lot of this is the “school detention problem”. It’s a little surprising that GoDaddy isn’t more concerned about this.

One issue that gets overlooked is that some ISP's, as part of their TOS agreements, claim that users or customers must indemnify them against any losses from potential downstream liability. I don't know how common these are today or whether GoDaddy has such a clause in its AUP's (sounds likely).  They are similar to clauses in the book publishing business that authors indemnify publishers against losses (even if they're not commonly invoked).  But possibly ISP's could look to these as a way to shield themselves from SOPA-related liabilitis.
Posted by Bill Boushka at 2:15 PM