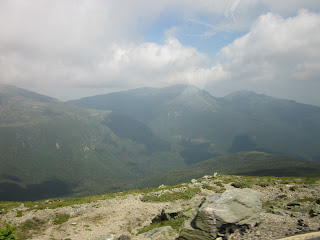 The New York Times has a debate forum today “Are All Bloggers Journalists?”, with main link here (paywall subscription required, and your browser has to allow scripts).
The discussion centers on a recent ruling in which a Montana blogger, Crystal Cox, was told that she could not claim protections offered to journalists under Oregon state shield laws, because she was not affiliated with a component of the established media (“newspaper, magazine, periodical, book, pamphlet, news service, wire service, news or feature syndicate, broadcast station or network, or cable television system”).
For Crystal this is serious because she if fighting a defamation lawsuit after comments she made about the founder of a particular investment group.   Complicating her case was her unwillingness to disclose the source of information behind comments she made, invoking the possibility of using the shield law.
Jeff Barnard has an original Associated Press story (Dec. 7, 2011) about her case, here.
Another blogger (Philip DeFranco) comments on the case, and mentions the insurance issue toward the end.
The New York Times debaters include Kelli Sager, Stuart Benjamin, Kyu HoYuom, and Ellyn Angelotti.  There is some consensus that the availability of shield laws ought to be based on circumstances with various tests, such as the degree of professionalism with which the blogger does the work.
Angelotti has a major commentary at the Poynter Institute site (connected to the Media Bloggers Association, at least in the past), "Debate about Crystal Cox blogging case misses a key legal point", here.  She points out why even with the Shield, the blogger might be liable for defamation.
It's important to remember that the Cox case is about her own liability, not about downstream liability and Section 230, as I have discussed it before.  But imagine the environment we would have if her hosting provider could be held liable.  On the other hand, in a traditional news organization, the entire organization could be held liable sometimes, but the reporter might be shielded.
In my own "practice", I have not expected absolute shield.  On a few occasions, I have contacted law enforcement about disturbing materials made available to me, and not published them.
Scribd has a copy of the opinion (PDF) here.
Posted by Bill Boushka at 12:07 PM