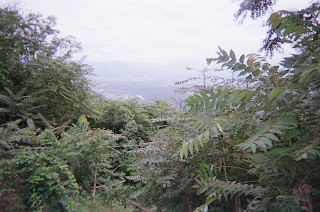 Electronic Frontier Foundation has a detailed account of “Wrapping Up a Week of Action Against SOPA”, by Parker Higgins, link here.  In a tweet today, EFF said that the mark-up process will resume Wed. Dec. 21.
It’s quite disturbing that the Judiciary Committee was willing to try to railroad the bill the rough, and that the “media establishment” and its lobbying element is willing to push through a bill it knows is badly flawed, could not just bully off some of the smaller competition but could also hurt its own business (by hurting its customers)  in the long run.  It’s interesting that at the same time, elements of the film establishment, as I noted yesterday, are pushing for liberalization of certain elements of the DMCA, which could be wiped away by SOPA anyway.
There is another site, called “Stop American Censorship”, dedicated to fight SOPA and its likenesses, link here.
The video above doesn’t quite correctly differentiate between the House and Senate (PIPA) bills, but that’s of little consequence.
In mid November, Nate Anderson had published an analysis of SOPA on Ars Technica, maintaining that the law would let private interests (“market based”) shut down websites without legal intervention, link here.    That characterization may not be completely true. But it is certainly true that established media owners could troll and go against amateurs without deep pockets on made-up grounds not really caused by piracy; look at what happened with Righthaven.