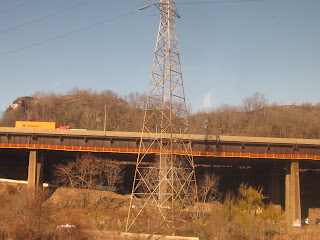 When do we base our public policy on "principle", and when on “need” or politics?
There are so many examples. For example, the idea that Social Security was something you (and your employers) provided yourself with FICA premiums has been eroded by political debates over means testing (need).  That’s the case, a bit less so, with unemployment benefit extensions.
But the biggest debate over principal may be in the debate over downstream liability exemption on the Internet – in both defamation and copyright areas (through different means).  Without limiting liability, user-generated content on the Web as we know it today wouldn’t be possible (because no business model for a provider could support it).
The underlying question posed is something like this.  Is your cable provider a “publisher” or more like a telephone company? Likewise, what about a shared-hosting Internet service provider? What about a “free publishing service” like YouTube, Blogger, or Wordpress?
The look at precedents in legacy media is not as encouraging as one would like.
Look at the book (and periodical) publishing world?  In the past, most books were published by “trade publishers” who shared liability.  Typically they required authors to indemnify them against liability. In more recent years, self-publishing and cooperative platforms (especially connected to print-on-demand) have become more common. Sometimes indemnification agreements are still required.  Books are distributed by “distribution companies” that are not so well known. Ingram is the largest. Mine was distributed by Bookmen in Minneapolis until it was acquired. Book distributors typically have little or no liability exposure and are like utilities.
In the world of movies, most films reach theaters and DVD stores through distributors, most of them well-known brand names connected to legacy studios.  Typically distribution is separate from production, which is also accomplished by a lot of production companies, some well-known and some very small and set up for specific films.  In the motion picture world, distributors and production companies share liability exposure, and complicated indemnification agreements are common.
That doesn’t bode well in setting examples for the Internet, where downstream liability is limited by Section 230 (for defamation) and DMCA Safe Harbor (for copyright). Even so, ISP’s and service providers sometimes add indemnification clauses for users. These are almost never invoked in practice, but if SOPA were passed in its present form, that situation could certainly change.
The legal practice that limits liability exposure (to the phone company model) has come to be accepted and expected by users, even though they have been in effect by statute only since the late 1990s.  They are not necessarily guaranteed by long standing legal tradition or even the First Amendment.  They can become subject to political debate (as over “need” and “vulnerable people”) and become fodder for lobbyists and campaign contributions (as by legacy media in Hollywood who, as Patry points out, perceive a strong business incentive to keep their roles as gatekeepers of what gets made and gets distributed at all).
The matter becomes even more complicated when one considers that social media have promoted the idea of “whitelisted publishing” to known, concentric circles of “friends”.  In the past, “publication” (in movies and books) meant that everyone could see it, and the content creator had no right to know who would see it. As Patry points out, the DMCA can change that, and social media have upended the idea of making something public “for everyone” when done by amateur users – possibly because of public pressure.   (On the other hand, in libel law, “publication” means passing a statement to at least one person who understands it – which has been a real problem for Facebook users sundering the “online reputations” of others.)

Generally in the "real world" book publishing and movie and music distribution world, the content owner doesn't have the right to know or identify who accesses the content. There is some evidence that this changes on the Web, where it's possible to block certain users (by "htaccess") to prevent rogue comments or certain kinds of vandalism, by IP address identifiable on server logs.  In rare cases this has even been expected by service providers.
It should be noted that some level of downstream liability (even on the web) is accepted by the Supreme Court, with the 2005 decision in MGM v. Grokster.  (I thought about this when seeing MGM’s resurgence as a production studio with the quick remake of “The Girl with the Dragon Tattoo”, reviewed today on my Movies blog.)  This would be the case when a business (which could be equivalent to a website or operation) is found in court to be dedicated to infringement, which is a concept also explored in SOPA and Protect-IP.
Like it or not, many of these debates are political in nature, depend on the public perceptions of their constituencies, and must be followed closely. The courts cannot protect “you” on everything.  And even the history of “principle” is more nuanced than people think.  2012 will be critical.
Posted by Bill Boushka at 9:33 AM