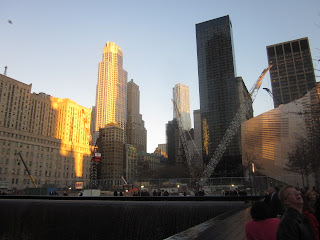 Ars Technica, in a detailed story  (in the "Law & Disorder" column) by Timothy B. Lee, reports (Dec. 1) that a dental patient has filed a class action suit  (as part of a group of patients) against a Dr. Stacy Makhnevich in New York over the dentist’s trying to enforce a “gag order” over emergency treatment in New York.  The dentist tried to enforce a “Mutual Agreement to Maintain Privacy” by ordering him to take down a web posting criticizing his billing practices, and tried to charge the patient an extra $100 a day that the complaint was not taken down.  Apparently there was also a problem with the dentist’s followup with the insurance company.
The dentist had apparently tried to claim copyright ownership of the reviews also, in the agreement. This sounds a bit like “copyright troll” Righthaven’s claim of pseudo-ownership of its clients’ materials, an arrangement which federal courts have recently been saying may not confer standing to enforce under copyright law.  The dentist had insisted “all your reviews belong to us”.
Medical Justice has said that it is going to retire these gag order agreements, apparently in use since 2007. Medical Justice, however, maintains that in principle sometimes such agreements in some form are just and necessary to protect medical professionals from libel.
The link for the story is here.  I met the author of the story, then a student at the University of Minnesota, while living in Minneapolis myself in 1998, shortly after publication of my own book, through the Libertarian Party of Minnesota.
Also, as for the term “copyright troll” (e.g., Righthaven, US Copyright Group, and others) – I snicker as I contemplate the (Magnolia Pictures) film “Troll Hunter” that reviewed Nov. 28 on my movies blog (q.v.).
I have not personally been asked to sign a gag order by any medical or dental provider yet, either for myself or my now late mother.  But I had been watching for it.
Posted by Bill Boushka at 6:07 AM