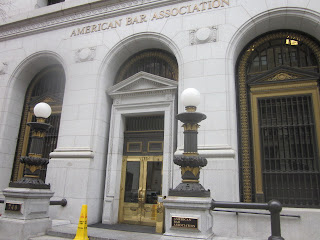 Yesterday, a group called “Creative America”, apparently affiliated with AFTRA, the American Federation of Television and Radio Artists (link), began airing, on ABC affiliates at least, a gaudy lobbying ad in support of SOPA and Protect-IP, rather striking in emotional appeal, emphasizing the foreign sites and content theft from overseas and the loss of American jobs and creativity – almost with a patriotic touch. These ads always seem one-sided and manipulative, and tend to suggest support for knee-jerk reactions to big policy problems can be bought from Congress.
I tracked this down with search engines and found a twelve minute film “Stolen Jobs: Content Theft: The Big Picture” which I reviewed this morning on my movies blog and gave more detailed comments on its side of the argument.  It’s important that the film seems to have been made before SOPA was introduced.  The film is somewhat more balanced and less emotional than the television ad.
I’m always alarmed when a difficult policy question gets decided by who has the most money to spend on polarizing lobbying efforts and big media ads.  There is a tendency for others to get thrown under the bus as a result – a point I covered (at least indirectly) in my blog post yesterday.  Tessa Muggeridge of the Sunlight Foundation covers the role of big media lobbying in the article “Legacy media bankrolling the campaigns of SOPA sponsors”, link here.  Yup – politicians might not get re-elected unless they throw the amateurs off the web to protect union jobs in Tinseltown – that’s how it comes across.
Richard Verrier and Jim Puzzanghera have a “mobile” article on the Los Angeles Times about the current state of SOPA, Dec. 5, “Piracy Legislation pits Hollywood Against Silicon Valley”, here.   The writers point out that a recent indie film comedy “Balls to the Wall” got pirated as soon as released in Europe, jeopardizing US distribution.
Jen Novotny, of the Stony Brook Press, writes, in a article “Will SOPA Help or Hurt?” here, and reports on a study by the Business Software Alliance (see its anti-piracy page here) and IDC that eliminating piracy could add $52 billion to the GDP by 2013, but that would require (given the ambiguity of detecting infringement) service providers and webhosts to be held responsible for what users post, knocking newbies off the web.  (Again, I’ve explained some of this as the “Middle School Detention Problem”, Nov. 25)
The Indiana Statesman published a Jonathan Swift-style spoof on the Destruction of the Internet here. 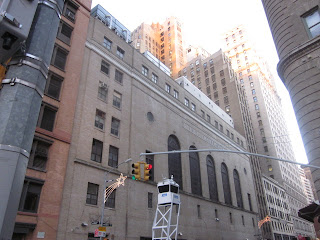 But Adweek, in a story by Katy Bachman, reports “Opponents to Digital Piracy Bills Float Alternative: Would Rely on International Trade Commission”, here.  Maybe the is the first step in the right direction.  This appears to be the same as the OPEN Act, or the Online Enforcement and Protection of Digital Trade Act, outlined on a site called "Keep the Web Open", link here.  More details will surely be forthcoming.
Posted by Bill Boushka at 8:12 AM