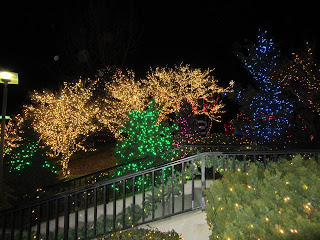 The Washington Times has weighed in on SOPA with a relatively simple editorial, “Hands off the Internet: Online piracy is a scapegoat for Hollywood’s lack of ideas”, link here.
The paper points out that many of Hollywood’s best box office results come from franchises and sequels and movies that reprocess old material. William Patry makes similar observations in the early pages of his new book “How to Fix Copyright”.  Patry discusses "creativity" in the sense suggested by the editorial here.  In fact, at a screenwriting seminar back in 2006, I was quite impressed with how the coaches tried to “commercialize” an idea that I pitched to give it “urgency” and stake, a transformation which would defeat the purpose of the film as I had envisioned it.  I’ve noticed on imdb a preoccupation with warning people about “spoilers”, as if the only reason people go to the movies is to learn the ending. Maybe that works for something like “Clue”.  Do you really care in advance what happens to the thimble in “Inception”?
It also points out that many laws exist already, and the laws against use of camcorders in theaters are enforced to “absurd extremes”.  I covered (on my movies blog, Aug. 3, 2007) a story of an arrest of a young woman for taping a few seconds of “Transformers”.
It is true, however, that up to a point, movie studios and music companies have a reasonable expectation that they will be paid for re-use of their material in other commercial circumstances (such as excerpts in other commercial works or sometimes on websites).  Their original business models depend on this expectation.
Back on Oct. 12, 2005, the Washington Times had run an editorial “Suffocating the First Amendment” which, in the process of criticizing the litigation regarding bloggers and campaign finance reform (resolved since then), pointed out how Internet self-publishing really works and how it could be jeopardized by a litigious environment or by vague threats of imposing downstream liability on service providers.  The Times would do well to make that editorial available online again, or republish it. It certainly applies to SOPA.  (As I’ve pointed out before, it resulted  “indirectly” in an incident at a Fairfax County high school that I discuss here July 27, 2007.  What would follow was a sudden preoccupation in the media with “online reputation” in the workplace, most of all for teachers.)  The Times does appropriately criticize the prospect of government’s ability to shut down disliked websites (overseas or not – it’s already happening with ICE) “at the request of major campaign contributors”.  What did happen to campaign finance reform, the existential threat to bloggers a few years ago, after all?
The Washington Times also suggests that Congress is close to passing the bill before discussing mark-up;  hopefully, the delays (until March at least) and the mood in the Internet corporate community are going to make passage much more difficult than previously thought.  Like a big arctic cold front, the air will get modified on its journey south.
Posted by Bill Boushka at 3:10 PM