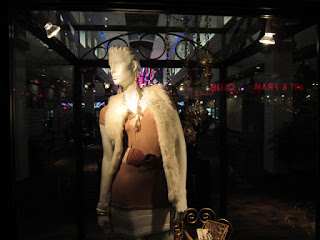 Now CNN Money (in a story by Julianne Pepitone) weighs in with a detailed analysis of SOPA (ironically, tweeted yesterday by Webroot). CNN’s main objection is “unintended consequences”.  Particularly, a judge could order an entire site shut down because of the actions of only one user.
The general spin is that a vote in the House on SOPA cannot happen before March 2012, and that numerous amendments to narrow the bill are being taken seriously.
But support for the alternative “OPEN” bill is weak because of the supposed lack of real enforcement resources.
The link is here.
I’m starting to read “How to Fix Copyright”, from Oxford University Press, by Google copyright counsel William Patry. He starts out by showing that copyright, in the past, was based on business models where a few media companies run the show and create “artificial scarcity”, deciding what gets made (in movies) or gets published (in books and music).  “Copyright” also made more sense in a day when owning “copies” of things “meant something” (like when I collected classical vinyl records and then CD’s).  Media companies may be more interested in eliminating low-cost competition than in protecting legally legitimate “rights” in a day of “plenty”.  Certainly, if SOPA could be construed as requiring service providers to prescreen all user-generated content (and I think it is a stretch to say that it does, even as an “unintended consequence”), user generated content would go away, and “newbies” would be forced to “compete” the old-fashioned way, or remain content with “real jobs” while “raising families”.  That idea certainly fits into the “reactionary mind”, regarding a book by Corey Robin that I just reviewed on my Books blog.

There are even "rumors" that Hollywood wants royalties when snippets of film or music are backed up in "the cloud" (as by Carbonite, etc.)   This is getting silly.
Posted by Bill Boushka at 6:02 AM