Christmas: This Day. Also, a note: "I pay to play" 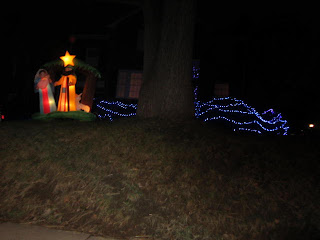 Christmas Eve, I watched again the last scenes of one of my favorite films, “Inception”, and recall a line where Cillian Murphy’s character says, “my father wanted me to be my own person”, and not just an extension of him or of the family.
It’s hard to become your own person without depending on the sacrifices of those who went before you, which you can’t always see.
But it’s hard to give to others with any integrity until you’ve created your own persona, and have your own message, can execute your plans and deliver your message.
Otherwise, volunteering is just going through the motions.
That’s the thought I’m left with this Christmas Eve.
I also re-watched critical scenes in “Old Joy”, “Judas Kiss”, and “Black Swan”. They are among my recent favorites. (I did purchase DVD's for these.)
CNN is re-airing a 2006 film about the period “After Christ” and has been discussing Gnosticism.  And this evening I’ve looked at one of my most important screenplays.  A character like me wakes up in a bizarre interview, and begins to suspect he may have passed on, or be on another planet.  In time, various friends of his appear, but at their optimal young adult ages, as if they had become angels who could fix themselves in time (somehow defeating the physics of entropy).  The work of his own fiction is interleaved with his own history as he relives the most critical episodes of his life and must face what he was up to, what made him tick.   He finally undergoes the rite of passage (“tribunal”) that he has always craved (where he tests his own ability to transform himself through time), and then the realizes he has one more critical mission back on Earth, as a “living soul”. Will my script hold together.  Can it become another favorite film?  I do want to call this film "Do Ask Do Tell".
The CNN film concludes by (with Liam Neeson) asking the question "Why Jesus?"  There is irony that the Roman Empire actually caused Christianity to spread as a worldwide religion.  But, the film says, we must return to the Beginning.
Welcome to Christmas Day, Hodie (Ralph Vaughn Williams). 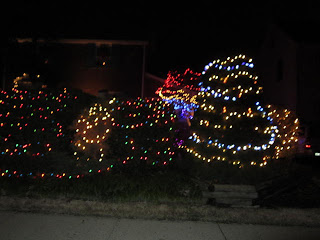 A closing thought, regarding the recent battle of intellectual property that I have been documenting: Here is Wolfe Video's "Pay to Play" YouTube video, starting out with a star from "Judas Kiss".
The Wolfe Video "I Pay to Play" link is here. Again, have a wonderful Christmas.  P.S.: "Just win it!".
Posted by Bill Boushka at 9:07 PM