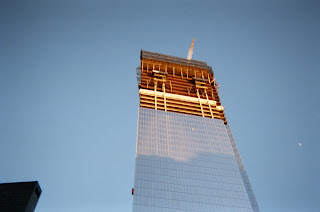 The Arkansas state Supreme Court has overturned a death penalty for a man because a juror made innocuous tweets from the jury box and later the deliberation room during the trial.   The court also said it was time to consider juror mobile phone use during the trial.  A Times Record story is here.  Newsoxy has a story by Susan Harris here.
The jurors had been told properly not to post on the Internet material about the trial.  These postings were about conditions and bad coffee, not about the case.
Nevertheless, the case raises serious questions. Would a mobile phone and Internet ban apply after the person goes home?  It certainly would apply in the case of jury sequestration.  But what about other cases?  A death penalty case is grave enough to warrant more restrictions on jurors, it seems.
When I lived in Texas, I was called for jury duty four times, since they have a one-day, one-trial system. I actually was on one jury that lasted three days, and on another (where there was actually a “boorish” incident, as I mentioned yesterday), the case was settled before the jury met.
I haven’t gotten summoned in any other location: New York, New Jersey, Minnesota, or Virginia.  I haven’t gotten invited to a federal jury or grand jury either.
The danger for me would be a complete Internet takedown for months; the blogs might not survive a long forced hiatus. But a long trial federal trial on a critical corruption or 9-11 case could happen.
Jury duty, while an unchosen obligation, can involve more "sacrifice" than people realize.