Questions continue about the "punish all" provisions of SOPA 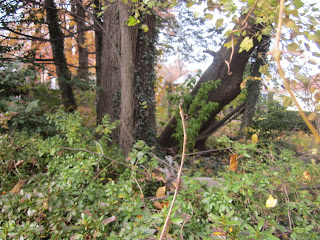 The Wall Street Journal joined the fray of “sky is falling” commentary against SOPA, this one late Nov. 28 by L. Gordon Crovitz, “Horror Show: Hollywood v. Silicon Valley:  To protect copyright, movie industry favors legislation that would strangle the Internet (link) (WSJ subscription required).   Crovitz writes bluntly that SOPA aims to “make websites responsible for anything posted on them or potentially posted on them by third parties” and that “a violation could be a single link on a single page”.
Today, EFF was warning visitors that the Senate’s Protect-IP was back, and could actually pass before SOPA, which is due for markup debate Dec. 15.
The New York Times tried to strike a balance Saturday (link given at the end of my posting Nov. 25) by saying that the law should be narrowed to apply only to foreign sites, abide by DMCA safe harbor, and require court supervision, always.  Good ideas, but then why does Congress and Hollywood need a different law?
It’s, as a famous copyrighted song from “The King and I” reads, a puzzlement.  Why does Hollywood need the right to have whole sites disconnected for the sins of the few?  Why isn’t the DMCA provision sufficient for them?
You could probably ask a similar question of Righthaven.  This seems more like social combat, and protecting business models from low-cost competition, than a redress to genuine infringement.
One could provide, in the law, some way in the (5 day) counter-notification process to allow “accused” to show that their sites are not predicated on promoting infringement. This could sound like the soft provisions of Fair Use. For example, a content site would seem to be safer if most or a lot of the content was original with owners of the site. An e-commerce site would be safer if most items sold had not led to complaints.  But if the DMCA Safe Harbor is properly honored, is all of this necessary?  It sounds pleonastic, like the French “ne”.
Dominic Basulto has a curious blog entry in the Washington Post Nov. 19, “SOPA’s ugly message to the world about American and Internet innovation” here. He says Hollywood is mixing controlling piracy with censorship.
The one abuse that I see where DMCA is not too effective is the situation where “rogue” sites are set up based on misspellings of popular sites to phish, distribute malware (or mainly to park ads). Legally, these would be covered by trademark law now.  These concerns are distant from those in Hollywood about piracy.
Mike Ludwig has a Truthout article "The SOPA Scoop: Anti-Piracy Bills Enrage Web Freedom Groups, Divide Congress," link.
Posted by Bill Boushka at 11:11 AM