Recently, the New York Times (Nov. 14), in a story by Simoni Sengupta, reported on a scoff by formerly targeted author Salman Rushdie with Facebook for not using his legal real name (Ahmed) on Facebook.

Today, Nov. 27, in page 2 of the Sunday Review, the New York Times sponsored a reader’s dialogue (many LTE’s), “Anonymity and Incivility on the Internet”, link here (that page in turn links to Simoni’s story  “Naming Names: Rushdie wins Facebook fight” aka “Rushdie runs afoul of Web’s real-name police”).
In practice, anonymity (fiercely defended by the ACLU and EFF) cuts both ways. It can be a shield for the vulnerable, and it can be a sword for bullies.  But, as Simoni pointed out (and I did yesterday), Facebook could have valid business reasons for insisting on real names: it wants to become a defacto standard for business identification, which could help overseas.  But it also seems to take Facebook out of instigating any more middle Eastern revolts. (Maybe there aren’t more left anyway.)
I thought that Facebook had a place to enter nicknames in the Profile, but I couldn’t find it this morning. (The profile controls have really changed a lot recently.) I added a comment explaining that my nickname “Bill” is based on my middle name “William” in “John William Boushka” and I always sign my name as “John W. Boushka”, which is my Facebook ID.  In practice, I regard my nickname (“Bill Boushka”, used for my books) and legal name as interchangeable and equivalent.
As Simoni noted, Google+ is experimenting more with allowing pseudonyms (the “Mark Twain” or “George Elliot” problems we learn about in high school English – and how about Shakespeare himself, according to Roland Emmerich?), and Twitter is all laissez-faire (yesterday).
The New York Times forum today is sponsored by Christopher Wolf, who comes down favoring the use of real names, but says he is not precluding a place for anonymity on the Web (but it seems that he is doing so to me).
It may be worth noting that as SOPA (the controversial Stop Online Piracy Act) evolves, it could be that use of real names could come to be perceived as a way to show that one’s site is “legitimate” and not intended for infringement, after a possibly bogus claim against a site or misbehavior by just one user.
As for me, I have used “Bill Boushka” (and somewhat interchangeably the legal “John W Boushka” – both work in Google and Bing) for years, ever since I wrote my first book (1997).  I was involved in documenting the history of gays in the military (“don’t ask don’t tell”) which bears an obvious relationship to the Internet anonymity issue, as well as to Internet speech itself (I was a COPA litigant).  If I did not use my real name (at some risk, maybe even to family), my self-stated and self-published speech would have no effect.  If I had not done so for fifteen years, I wonder if we would have won repeal of “Don’t Ask Don’t Tell” earlier this year.  The effectiveness of just one person who makes himself public, stays out there and doesn’t go away for years, should not be overlooked. 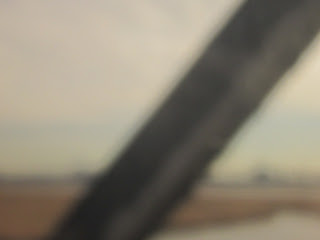 EFF has noted this debate, and pointed out that USA Today is requiring a Facebook account and login (because it is identified with a real name) for comments (link).  Will other sites follow suit?