EFF says SOPA would put Vimeo and Flickr at risk; 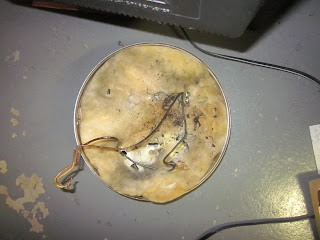 Electronic Frontier Foundation is maintaining that a huge backlash against SOPA has developed in the last day or so, just before the Judiciary Hearings, and has an article today on three major sites SOPA could put out of business.
These are Etsy, Flickr, and Vimeo.  Much of EFF's analysis is based on the idea that the companies receive payments from major brokers (Paypal, Mastercard, Visa) whom the government or private interests can work with to "blacklist".
Etsy is an online service for small manufacturers of handmade goods.  But it would have no way to screen for companies that may focus on counterfeit.
Flickr is well known.  But EFF says it cannot proactively monitor for possible infringement.  EFF claims that SOPA has language that indirectly requires prospective monitoring, by a kind of contrapositional logic to define “deliberate actions to avoid confirming a high probability of the use of the .. site to carry out acts that constitute violations”.
A similar analysis is made of Vimeo, which EFF compares to YouTube, which has ContentID.  Vimeo relies heavily in a prospective sense on Fair Use concepts.
EFF provides a whimsical blacklist letter about a fictitious "Myspacebook" site. I guess Myspacebook doesn't really exist. (What about Facebook on other planets?)
EFF’s analysis by Parker Higgins is here  It’s called “What’s on the Blacklist? Three sites that SOPA could put at risk”.
It would sound to me that similar “contrapositional” claims could be made about Blogger and Wordpress.

A key point, however, seems to be whether the site accepts regular payments from a large source.  But in certain cases, it sounds as though DMCA Safe Harbor could be circumvented to shut down payment to a supposedly bad-faith site.  Could shared hosting companies be put at risk, for payments for all account, if some of their accounts (even one) infringed?

It's very dangerous for Congress to play with holding large service providers responsible for playing "Brother's Keeper".  The actual infringers should be pursued, not the hosting companies.  But, of course, some people disagree with the "amateurism" culture of the Internet, after centuries where everything was vetted before it was put out and a "right to self-publish" wasn't presumed.

The House Judiciary Committee has its own link on the hearings Nov. 16 here.
It give a further link to a list of statements and letters of support, but no statements of opposition. It seems one-sided.

These substance of these hearings should be monitored closely.
Posted by Bill Boushka at 7:21 PM