Another case of a teacher suspended for web activity; more on using true identity on the Web (Twittergate) 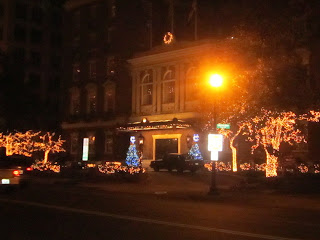 Here’s another story about online reputation and teachers.  A special education teacher in California, Heidi Kaeslin, was suspended without pay after creating a porn site called “My Slutty Teacher”, which was up only for a day.  Nevertheless, her ex complained to the school system.  The case may be simplified by the fact that she used a school laptop in creating the site; the case would be more interesting had absolutely everything been done on her own dime.
Yahoo! went to the trouble to offer this commentary, which does not help the teacher’s case.
CNN reported the story Saturday but does not seem to have the story online yet.  CNN also discussed a twitter account of someone impersonating Rahm Emanuel, with a news story here.  It appears that this is perfectly legal now (it could be called parody). Remember, though, that Facebook and Google+ have been insisting that members use their real names (Google+ may be shifting on this, however).
Facebook may well believe (quite reasonably) that if it enforces the policy of true identity worldwide, it is more likely that China may one day accept the site, on favorable temrs. There was a story in July in Forbes that China might accept Facebook in its country if it is allowed to buy part of the company, link here.  In fact, check this Wikipedia article on what China bans – almost everything. On my doaskdotell site, I get traffic from Middle Eastern countries (including Saudi Arabia) but very little from China.
Posted by Bill Boushka at 2:51 PM