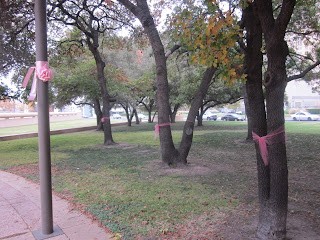 Today, Anderson Cooper presented more situations where people sunder the reputations of others on the Web, and like it or not, Section 230 is relevant.
The basic link for the episode is here.
Compromising photographs of at least two women were posted as “revenge” by ex boyfriends, and linked to the women’s Facebook pages.  Anderson called the practice “revenge porn”.
The man who runs the site is Hunter Moore, and there is a story about him on “theawl” by Danny Gold, link.   The site is called “Is Anyone Up?”  It does not have a good reputation with MyWOT according to Firefox.   There’s another site called “Alternate Press” with a disturbing story here.
Moore (with tattoos) appeared on Anderson’s show, and when Anderson chided him, his rationalizations seemed simplistic.  He seemed to have no concept of karma.

Anderson asked Moore if he would want his sister to be exposed to what can happen on his site. Moore said, no; that raises the question as to why there would be different standards of what is all right for relatives as opposed to everyone else.
Bill Stanton (here) also appeared, and explained how the Internet is still the “wild west” and how the law hasn’t kept up with it.
Anderson sounded critical of sites that have no oversight as to content that people post on them (that is, the concept of self-publication, facilitated by Section 230 and DMCA Safe Harbor).
Anderson Cooper ("Strong Child Productions") should certainly consider inviting Michael Fertik (Reputation Defender) to his "real conversation".
He said, "if you make a mistake, it's there forever".  You can't make a mistake anymore.

Facebook took some legal action on this matter, story here.
Posted by Bill Boushka at 1:51 PM