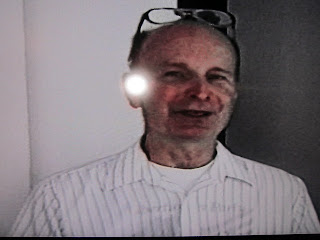 Today, Anderson Cooper’s interview program on ABC aired another Internet case that may provide fodder for challenging Section 230. Anderson’s own writeup is here.
The specific case is the defamation of a high school English teacher Sarah Jones, who had functioned as a volunteer cheerleader for the professional football Cincinnati Bengals. Someone posted material on a site called “thedirty.com”.  The site (which has good reputations with MyWOT and other site ratings) has its own account here, “Don’t Believe False Reports”.
Nik Richie, owner of “The Dirty” was interviewed by Skype on Anderson, who scolded him for allowing users to harm the reputation of a teacher disadvantaged kids looked up to.
Now, there’s a lot here.  A teacher is not normally a “public figure”, but cheerleading might arguably raise the bar. But the main thing, according to Sarah, is that all the comments posted about her supposed activity with the members of the Bengals were false.  In fact, I don’t think the members of a pro football team would have behaved this way – maybe one person could, but not a whole team, no NFL or MLB team.  So I would never have believed it.  But impressionable students in high school or lower might believe it.  Of course, the teacher and school district were presented with a “big problem”.  She had to deny everything in front of students.   But, at least she didn’t lose her job.  That certainly happens in cases where teachers tarnish themselves online, and can be risked because of comments made by others.  This is certainly the kind of case that would give business to Michael Fertik and his “Reputation Defender” (Nov. 30, 2006 here).
She went ahead and sued the site – although “The Dirty” gives the legal details – the wrong site (“The Dirt”) was served.
Nik here explains that Section 230 of the CDA protects him normally, even if he moderated content, as long as he didn’t add content himself.    Nik also provides a Scribd copy of his Motion for Summary Judgment in a federal court in Kentucky is available (short url) here.
It would appear that Sarah can and should sue the original poster -- but that's where anonymity comes into the picture, along with legal battles over tracing IP addresses to discover identities.  It also gets into a debate into anonymity (and even Facebook's modern theory of personal integrity), if anonymous speakers can't be held accountable for false statements online.
A story like this, however and moreover, makes a case to gut Section 230 protections, supposedly to “protect children” or the “common good”.  (Anderson's broadcast didn't get into Section 230; he should ask Jeffrey Toobin about it on his CNN AC360 show.)  Without Section 230, Google could not run YouTube or Blogger, and everything that is published would have to be professionally and legally vetted.  I could not be in the business of “amateur journalism” that I chose when I got into the fight over “don’t ask don’t tell”.  I would have to deal with the fact that the informal approach to Internet "free entry", which I depend on, allows others to commit abuses that are hard to demarcate and stop, even though I don't commit them myself.  For me personally, that “begs another question” – why didn’t I do something else “in retirement” more “justified” by my “professional” background, like sell life insurance or even long term-care insurance.  No, I don’t like pretending to be a social person (aka “huckster”) because of the shame associated with this earlier in my life, but that’s a whole “another” discussion. Stay peeled.
Also:

It doesn't merit a separate post, but here is Ashton Kutcher's take ("Twitter management") on what happens on Twitter when you're a celebrity and still "do it yourself", link.  Yes, he posted about Paterno at Penn State before he "looked" at what had really happened.  I personally think Penn State was too abrupt yesterday, but that's another discussion. 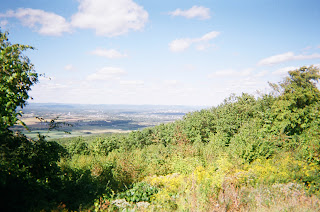