From "getting published" by others, all the way to social networking: a nearly closed circle 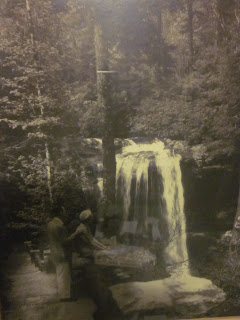 I recall a telephone conversation in the middle 1990s with an editor of the “St. Croix Review” about the difficulties and sense of privilege involved in “getting published.”
Of course, this conversation happened just before we realized how the Internet and web, even in the 1.0 environment, would “democratize” publication.
And then Web 2.0, social networking, would come along and redirect the concept again. When you make a posting on Facebook or Twitter (less so Myspace) you know that a certain list of people are likely to read it. You have to think twice about how some individuals on your friends’ or followers’ list would react to it.   And your posting is likely to get rated or ranked for a lot of analysis by marketeers.  That’s much less so with a posting (usually longer) on Blogger or Wordpress, where you hope that a lot of new readers will find it with search engines (or “Next Blog”).  With YouTube, in practice, the audience strategizing is somewhere in between (until a video goes “viral”).
Once you become committed to broadcasting journalistic material to as large a new audience as possible, something else happens. It becomes impossible to credibly contact (or barge in on) others just to sell them someone else’s products or even some other party’s agenda.  That has a big effect on your career,  sure, but also on the willingness of people in a new generation to accept direct marketing from sales people at all.
Posted by Bill Boushka at 6:24 PM