Apaprently Google-plus will allow members to use pseudonyms soon; Facebook, no 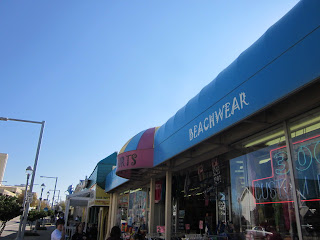 The insistence by social networking giants Facebook and now Google+ that accountholders identify themselves publicly with real names has certainly attracted controversy, particularly when these sites are used overseas to organize protests against authoritarian regimes.  But Google+ recently announced that it would soon allow pseudonyms, although there aren’t many specifics yet. The Ars Technica story is here.
Mashable also has a story about remarks at a recent Web 2.0 Summit in San Francisco
Both Google-plus and Facebook have said that requiring truthful identity makes their services safer for users and discourages cyberbullying and stalking.  Mark Zuckerberg, and especially his older sister Randi who also helps run Facebook, have said that multiple identities show a lack of integrity or conflict of interest.
Indeed, Facebook is migrating toward a “social platform” predicated on actually having meaningful interactions with others, which one can classify or stratify (for information distribution) into layers of personal interaction that others can discern, as opposed to broadcast self-publication (which leads then to networking), an older concept from the Web 1.0 world in which Google first evolved.  The Facebook model does indeed the ethical question present when one publishes about sensitive issues while being responsible for others in the workplace, classroom, or even underwriting world – the “conflict of interest” problem that I encountered in the 1990s when I decided to write about gays in the military. Ironically, it’s not too much to claim that Facebook helped create a world in which “don’t ask don’t tell” was no longer feasible, anywhere – the “integrity” issue again.
On a superficial level, I could almost compare the newer Facebook features, of tweaking one’s wall so that friends on different levels see different posts – as an outgrowth of the old idea  of using listservs in the 1990s – although generally with a listserv, anyone could join.  I did not consider the use of listservs as effective as broadcast publishing, even in print with a newsletter pamphlet, when I was the editor of “The Quill” (the newsletter of Gays and Lesbians for Individual Liberty) back in the 1990s.  There have been a variety of companies that have tried to sell “targeted email” services over the years, before Facebook changed the picture.
Posted by Bill Boushka at 9:05 AM