Amateur photography in blogs and social media starts to raise more issues; a note about "freedom of panorama" 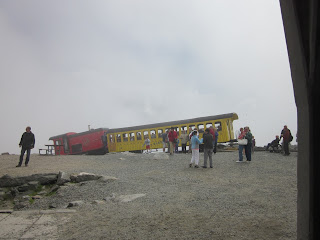 Anecdotal experience suggests that amateur photography associated with blogging and social media posts, particularly of people in various venues, is raising more concern than it did a few years ago.
One concern may be the increased attention to the idea that others can tag photos, possibly incorrectly, showing the past whereabouts of others. However, remember, Facebook has recently added capabilities to untag or stop tagging by others.  (There is even a service called “Tagged”, link).
There could exist  a concern that a background investigator (or even a stalker) could troll the Internet with an automated script to follow someone, based on tagged photos or photos associated with names mentioned in text.  So far, I have not heard of a case where a job has been lost this way, and there is not a lot written about the possibility.  (But look at the site “I can stalk you”, here .  The possible inclusion of GPS location tags in photos from digital cameras could also present an issue.)
Generally, there is “no right to privacy” in a public place.  There are various discussions on the web of how the law would work with photos of people in public places, such as (PhotoRights) here. Generally, common courtesy suggests that a photo that “happens to include someone” ought to have a newsworthy purpose besides just identifying the person or property.  It might not be appropriate to photograph someone’s ordinary house and put it on the web (and maybe target the house), but it would seem all right if there’s a tornado funnel bearing down, or a receding flood.  It’s true that there’s no right to “privacy” in public, but invasion of privacy torts can happen if someone is intentionally put in a false light.   On June 23, here, I discussed a Tennessee law that tries clumsily to address the issue. It's pretty clear that a public demonstration like "Occupy Wall Street" (or for that matter, the Tea Party) is "fair game" for all photography, and most demonstrators want to be videotaped or photographed anyway.
Inside a privately owned business, a property owner has the right to set policy, of course. A property such as a museum could have legitimate concerns about indirect copyright infringement (Aug 23 posting), or damage to artwork from flash, or concerns of a business nature.  It’s generally illegal to make photos of motion pictures in progress (or plays or musical concerts), out of concerns of piracy (and a few people have been arrested and prosecuted for doing so Movie blog, Aug 3, 2007 .)  As a practical business matter, the concerns sound way overblown to me.  (I talked about copyright issues and photos here Aug. 23.)
YouTube (and "Copyright School") advises self-publishers to be particularly wary of incidental music in backgrounds of videos, which is often copyrighted by others and vigorously defended. One might videotape a news interview one observes at a demonstration, but it's still safer or more desirable to interview a demonstrator oneself.
When I review movies (on my Movies blog), I typically include still pictures, which may be of the same geographical location that the movie takes place in, or of the same events, particularly with documentary film (such as political rallies regarding “don’t ask don’t tell”).  These are photos that I took myself (or are sometimes photos from my Mother’s estate, which I own the rights to), and are not from the film, but may appear to be such (and certainly could have fit in artisictally). To avoid any “practical” DMCA takedown problems (“false positives”), I use note that these photos are mine in the blog text. I hope people notice the notification disclaimers.
Inside gay establishments, the picture is mixed. In the old days, people worried about being seen on television after attending gay events (and sometimes were seated out of sight of cameras, as with debates on AIDS at the old MCC Dallas in the 1980s).  In modern times, fewer people have issues, and the repeal of “don’t ask don’t tell” should end some practical concerns for members of the Armed Forces (although it wasn’t technically illegal to go to events or bars out of uniform under the policy).  But an individual person could have an issue, if, say, he worked for a “Christian school” (there was a case like this in Minneapolis).   Generally, when people are “dirty dancing” in a public area of a disco, in plain sight, I think they’re “fair game”;  but if they make the attempt to seclude themselves out of sight in a dark corner to “make out”, they expect more “privacy”.  That’s generally my own practice in taking news pictures at discos.  An owner of a disco, a private business, might have to set his own policy based on practical public expectations, and sometimes, local law (such as regarding photographing professional models or nudity). It could be difficult to police, since cell phone video gets better and ubiquitous. The idea could develop that one needs to "belong" to some group socially before being allowed to share in documenting its experience.

Another factor that could come into play is "commentary" use vs. commercial use (somewhat as with Fair Use in copyright law). It's possible that the appearance of a photo of someone (who objects) on a blog or website that accepts automated advertising could raise more issues. 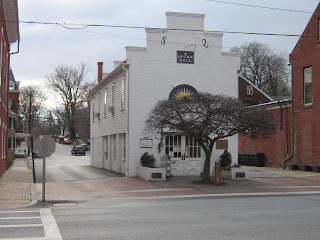